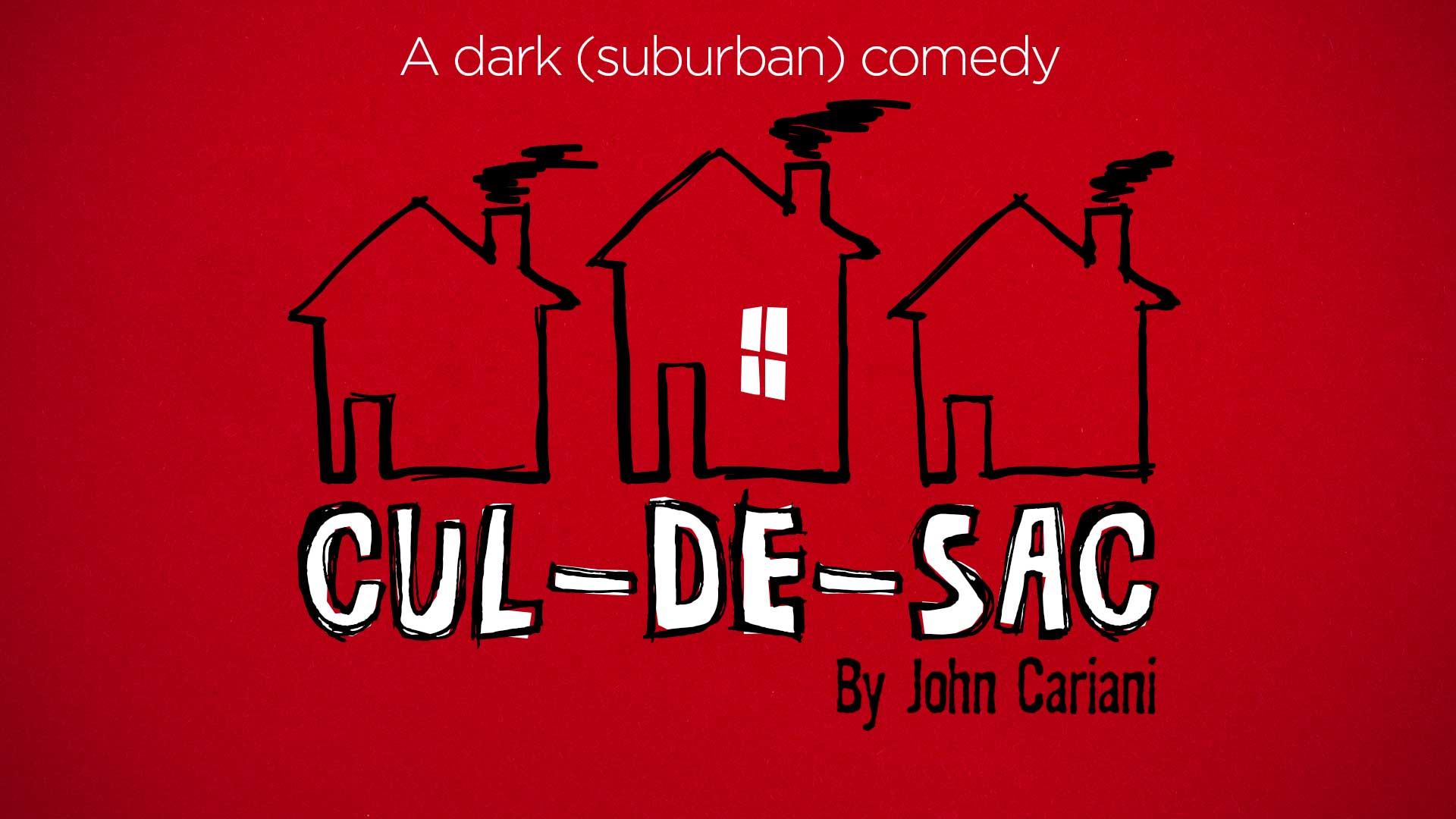 On a lovely spring evening, all is not quite what it seems for three couples living on the same suburban cul-de-sac. Follow along as these neighbors go to great lengths to appear happy in what turns out to be both a darkly comedic and heartbreaking tale examining the American dream. This witty comedy explores the extreme measures people take to achieve their dreams.

cul-de-sac is by John Cariani, the Tony-nominated actor and a playwright of Almost, Maine, Love/Sick and Last Gas.

The program is available here.

The cast is uniformly effective, and they make the over-the-top characters and situations commendably credible.

“cul-de-sac” kicks off Coronado Playhouse’s 75th anniversary. Bravo to them for continuing to make theater, even in the most trying of times.

“John Cariani’s cul-de-sac is charming, witty and macabre. (Cariani has a)…gift for the banality and comedy of despair.” – NY Times

“Cariani’s writing here is excellent. His use of overlapping dialogue gives the play a hint of madcap screwball comedy—a good touch considering the deep veins of sadness he taps within the characters…for every clear-eyed profundity he offers, Cariani serves up an equal amount of laughs…a potent wake-up call.” – NYTheatre.com

“…(cul-de-sac) does a remarkable job of exposing the inner lives of characters who make a point of living their perfect lives entirely on the surface.” – Variety 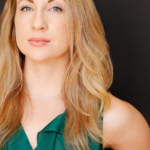 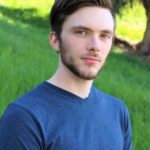 HUNTER BROWN (Joe Jones) is incredibly excited to be returning to Coronado Playhouse!! Past credits include: Emcee (Cabaret), Randy (Almost, Maine) and Brad (Rocky Horror Show). Hunter would like to thank his friends and family for their support, and everyone who wore, and is continuing to wear masks.

BAYANI DECASTRO JR. (Brian Johnson) is excited to be making his Coronado Playhouse debut and to be working with this incredible cast and company. Reuniting with Duck Hunter Shoots Angel (Trinity Theatre Co) director, Sean Paul Boyd, is a treat for him.  He’s also appeared in another John Cariani play, Almost, Maine (Patio Playhouse). Other credits include The Mental State (2019), You Can’t Take It With You (2018), Clybourne Park (2017) and Cabaret (2014) at Palomar Performing Arts. 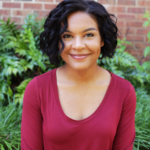 ASHLEY GRAHAM (Jackie Jones) is a 25-year-old actor/instructor from South Carolina. She attained her BA in Theatre from the University of South Carolina in 2017 then began her journey in San Diego in 2018. Some of her favorite appearances include The Bald Soprano (University of South Carolina), Dog Sees God (OB Playhouse) and Clybourne Park (Trinity Theatre). She is excited to work alongside the Coronado Playhouse team for the first time and looks forward to telling such a story as cul-de-sac! 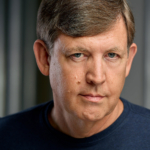 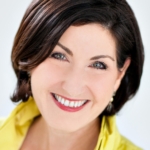 JENA JOYCE (Christy Smith) performed at several area theaters back in 1985-1987 as a recent graduate of Princeton University’s Program in Theater & Dance, including CPH where she was part of the “Play-by-Play” educational series. Shealmost returned to CPH in March 2020 as Charlotte in Moon Over Buffalo, but alas…a pandemic got in the way. Jena is grateful for the opportunity to join this wonderful cast and perform during this crazy time. We need the arts to keep us sane!  Most recently, Jena appeared in the Zoom play Couples with The Thru-Line Company based in Florida.  A lawyer for the last 25 years, Jena thanks her husband and law partner for his enthusiastic support as she rejoins the theater community. 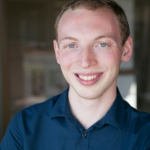 SEAN BOYD (Director) is thrilled to be back at Coronado Playhouse, after performing in Pageant (2013) and The Best Little Whorehouse in Texas (2012). Sean is Artistic Director of Trinity Theatre Company, where he has directed over a dozen productions. He is an associate member of the SDC, the labor union of professional stage directors and choreographers. A huge thank you to Anthony Zelig, for being a great collaborator and partner through this and Theatre Alliance. Much love to his wife, Megan, his mother & father, and brother Connor Boyd (who performed in Little Shop of Horrors, Dogfight and Next to Normal here at CPH).

ANTHONY ZELIG (Producer/CPH Production Manager) appeared at the Playhouse as Miss Trunchbull (Aubrey nom) in last year’s sole production, Matilda. Prior to that, he produced five of the six 2019 mainstage productions and did both lighting and sound design for several, earning an Aubrey Award for co-designing lights for Mamma Mia! Anthony is an Ambassador and Administrator for San Diego’s new Theatre Alliance. He is excited to be part of the excellent team bringing this show to CPH patrons and is looking forward to welcoming everyone back in person later this season.

KATHY PARKS (Stage Manager) is happy to be back working with Coronado Playhouse after her 2019 “retirement’ as resident stage manager. She has worked on numerous productions with CPH, Trinity Theatre Company, OB Playhouse and Pickwick Players. She is especially excited to be working with this fabulous director, great assistant stage manager and stellar cast, and hopes this Zoom theatre experience helps keep live theatre thriving until such time that we can all be together again in person.

AALIYAH THOMPSON (Assistant Stage Manager) is super excited to be working on her first show with Coronado Playhouse and the amazing cast and crew of cul-de-sac. She is a Senior at La Jolla High School and has worked on The Mountaintop (2020) with Trinity Theatre Company and The Addams Family (2020) with her high school’s theatre department, both assuming the role of Stage Manager. 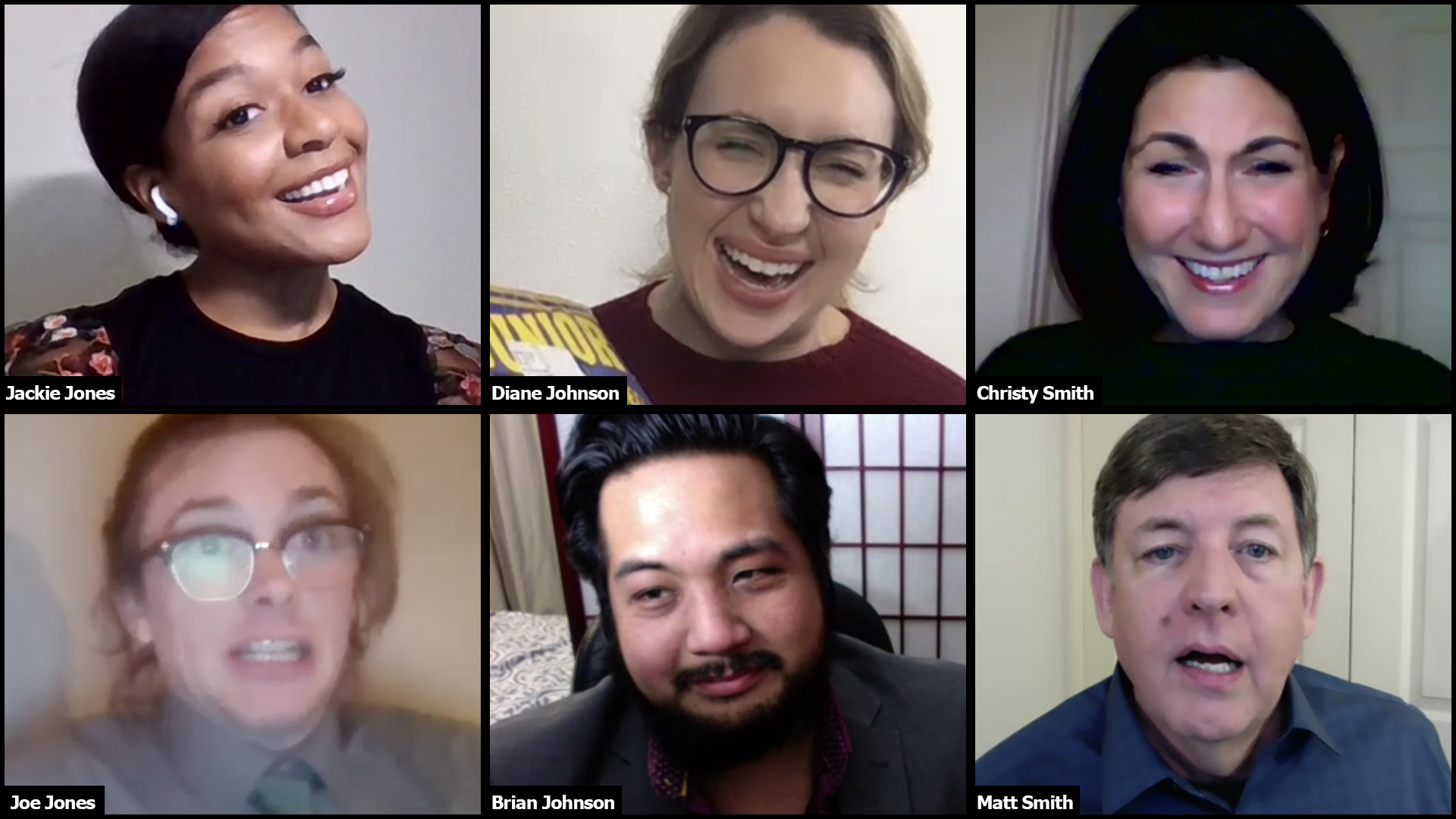 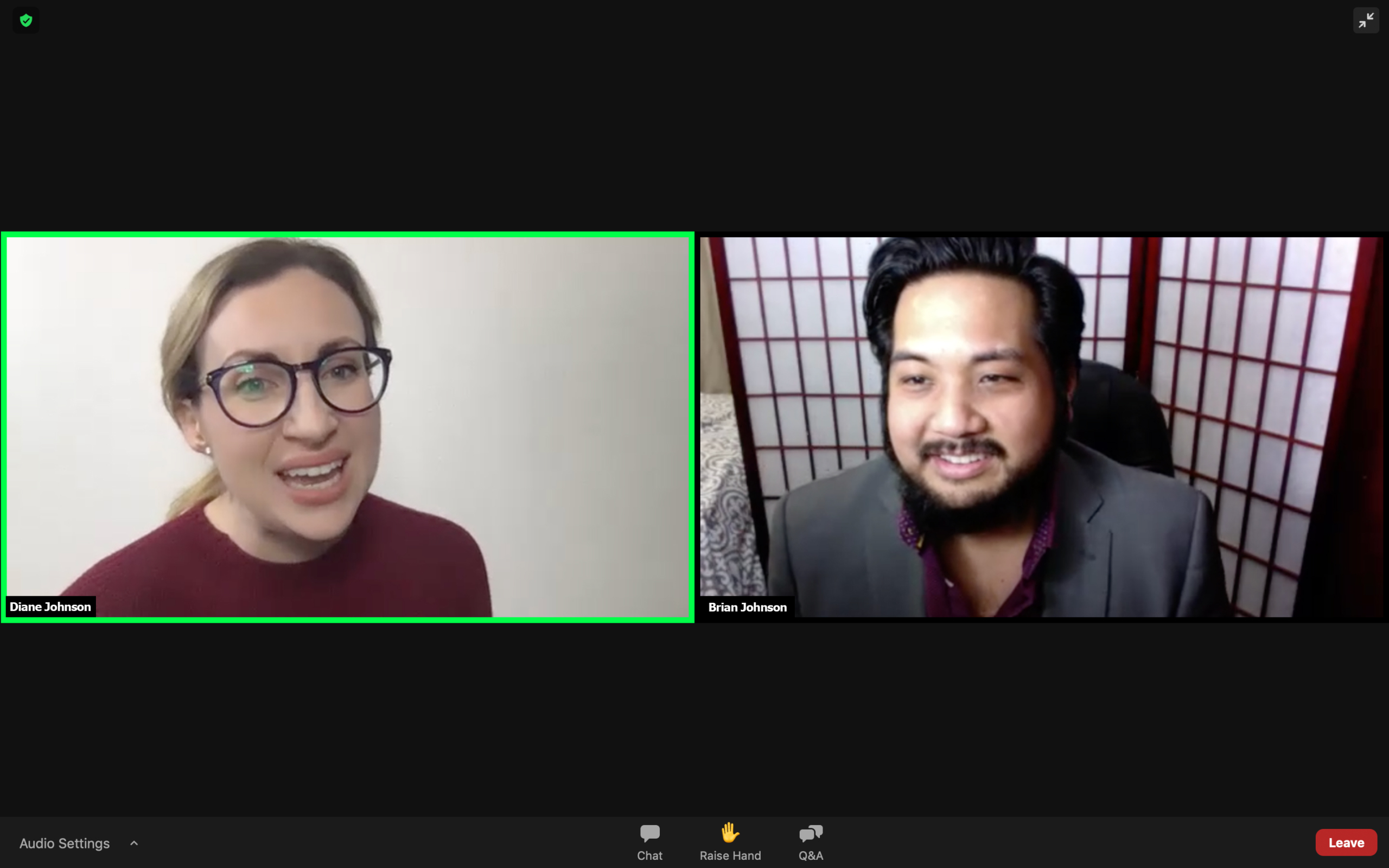 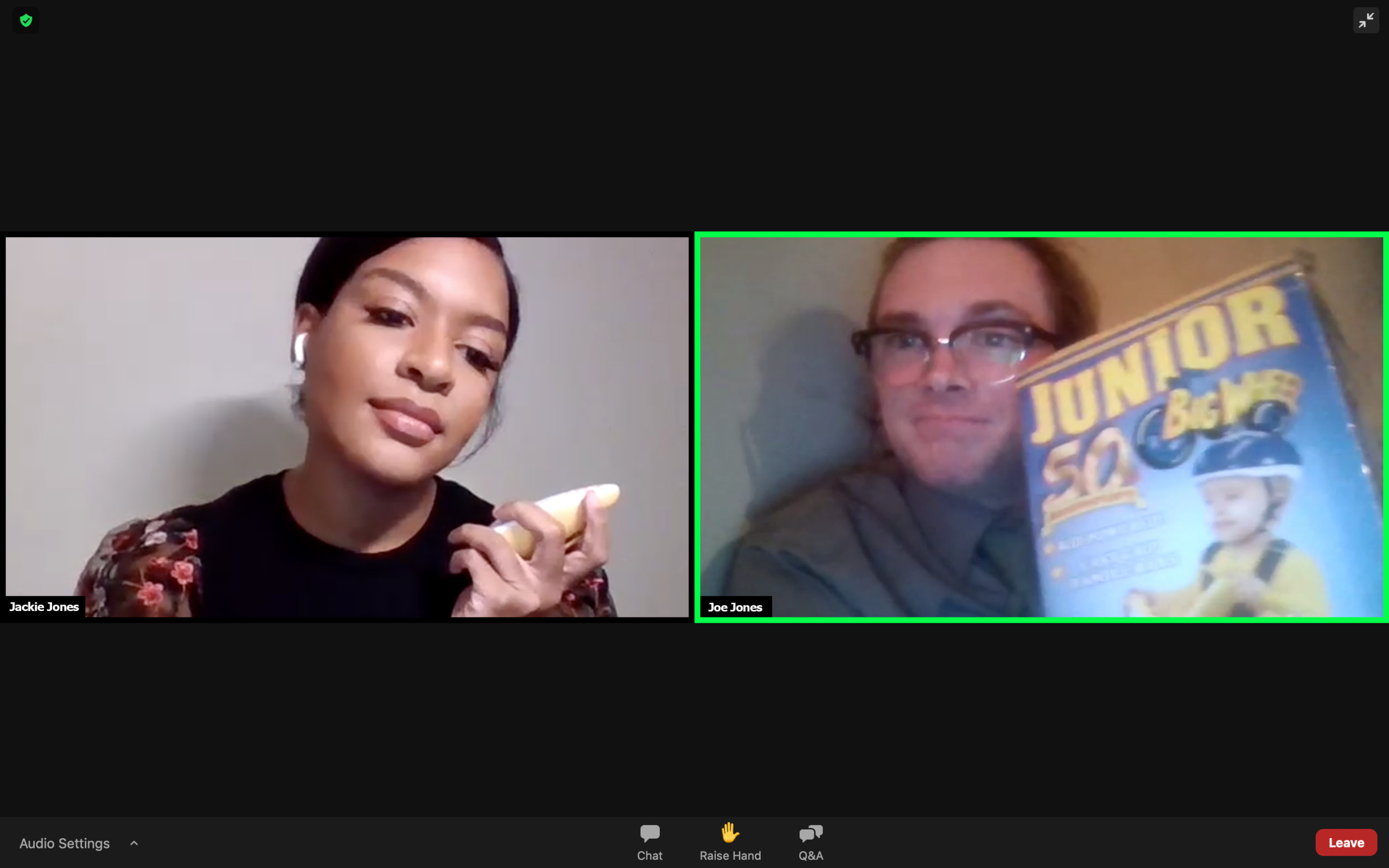 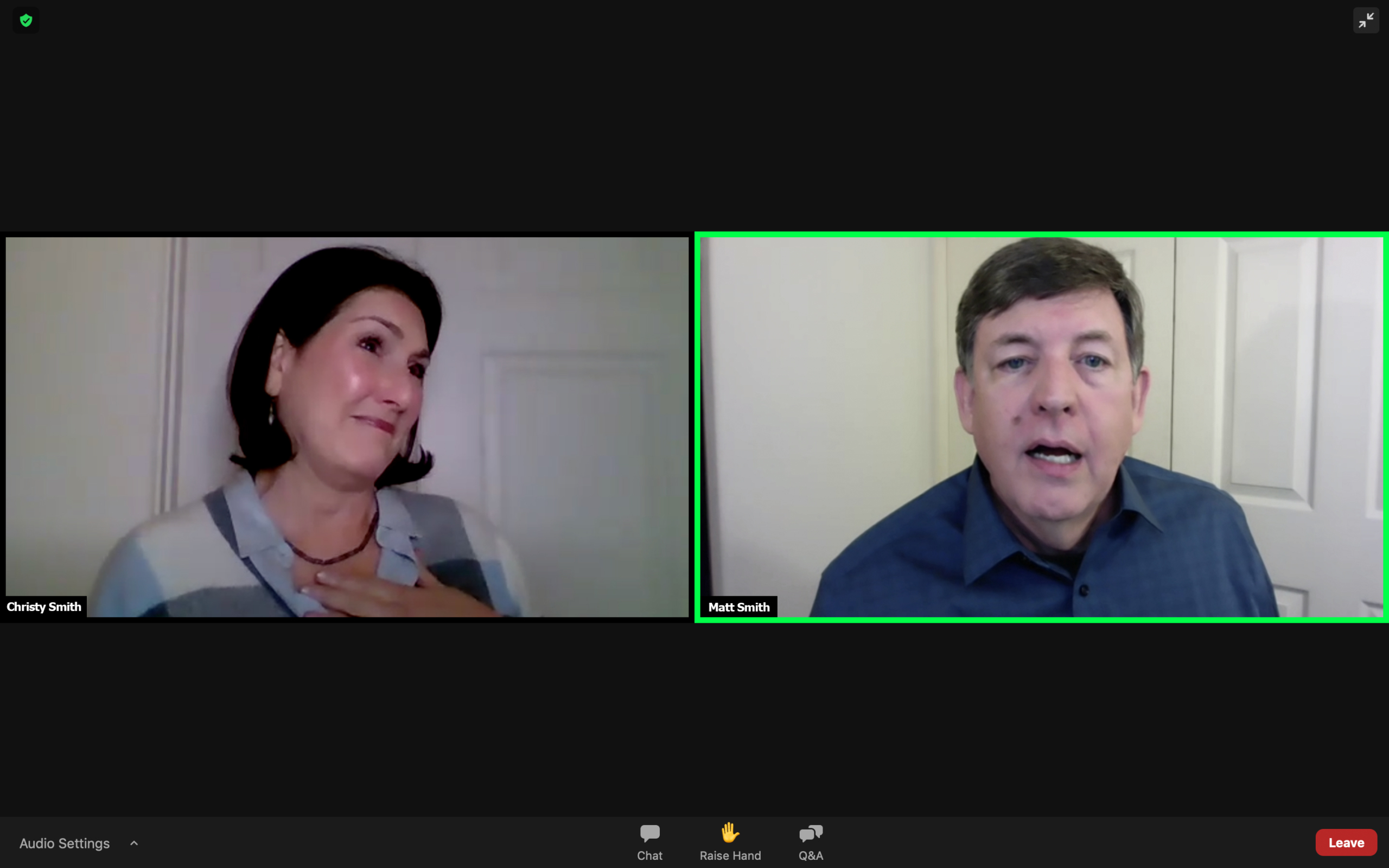 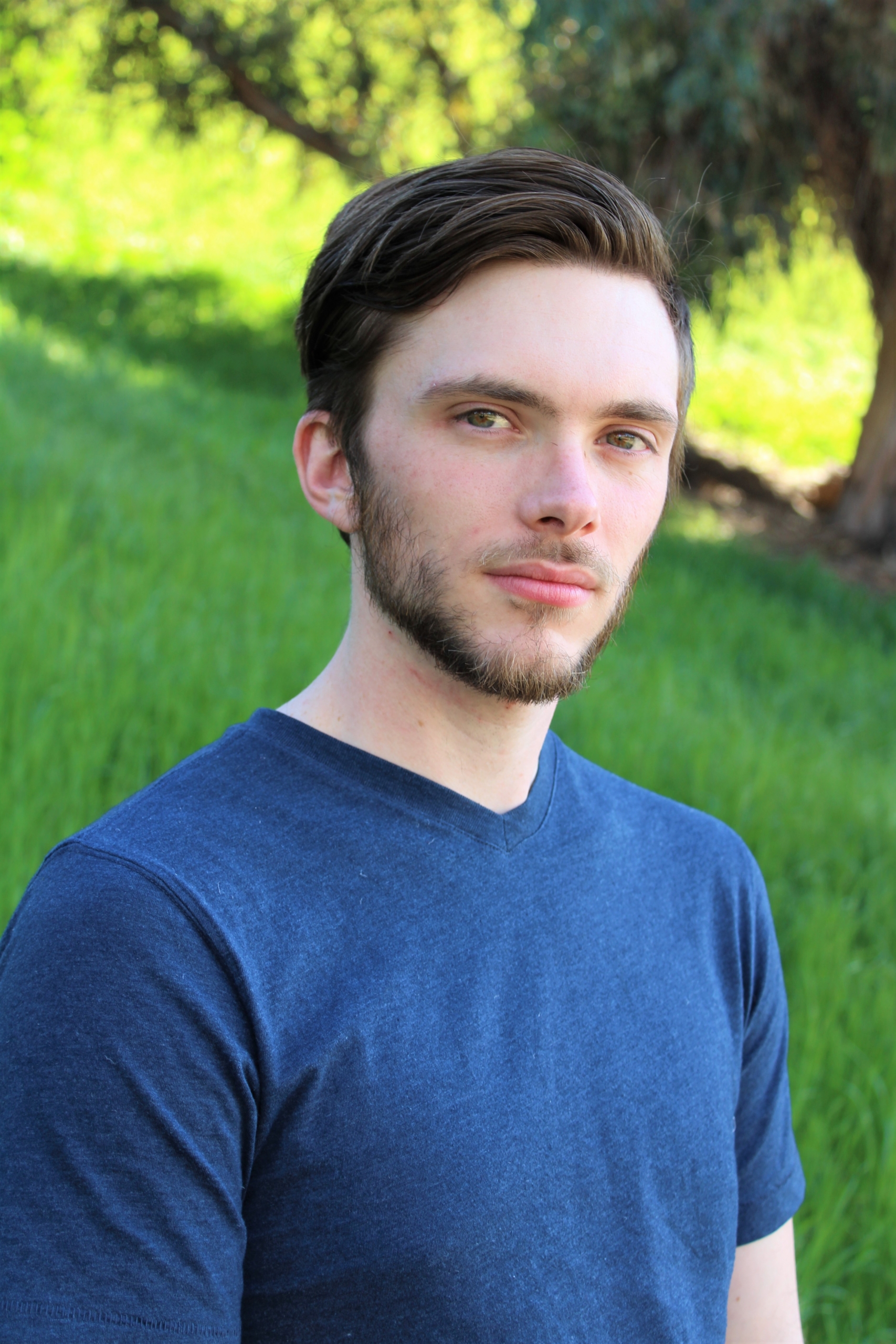 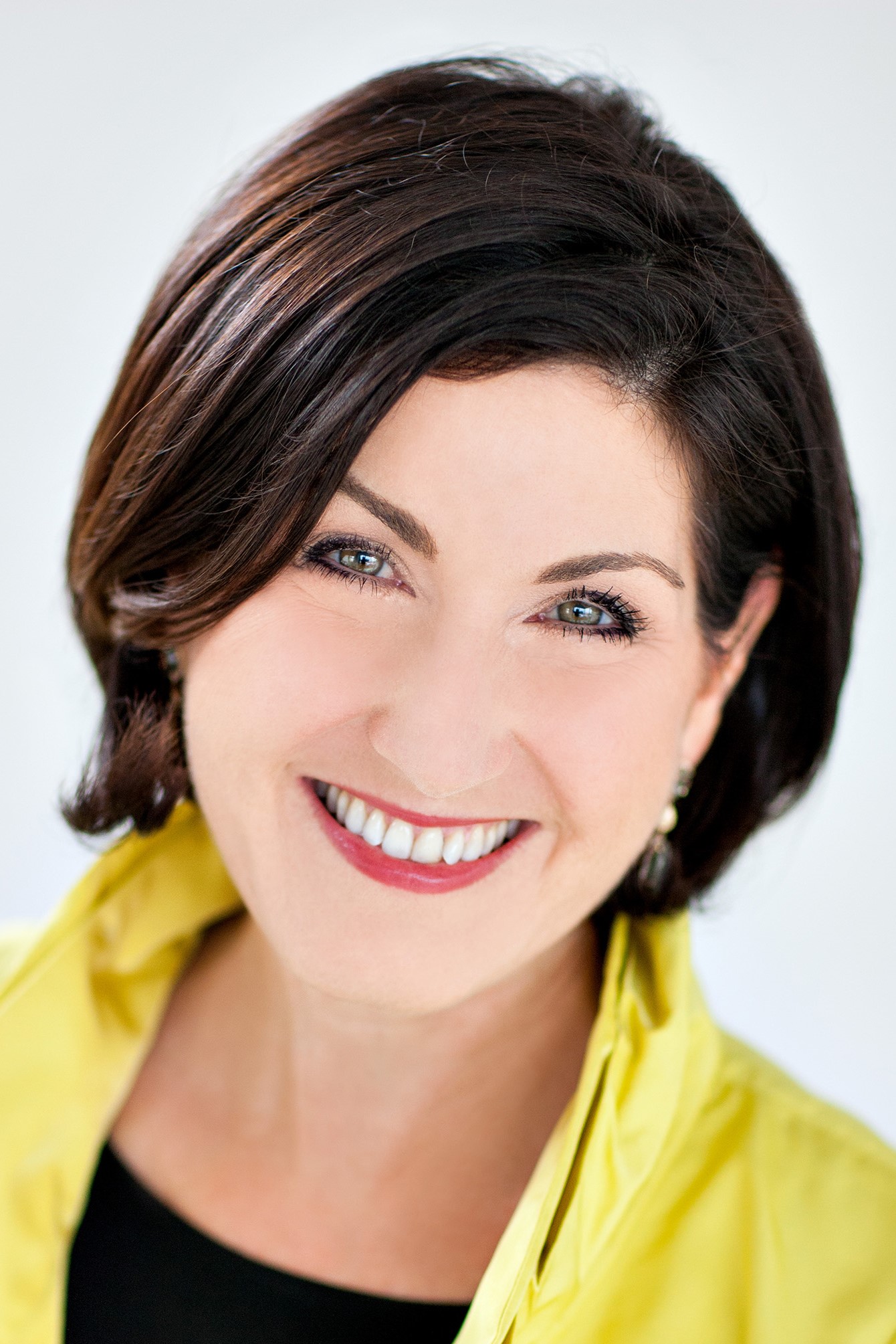 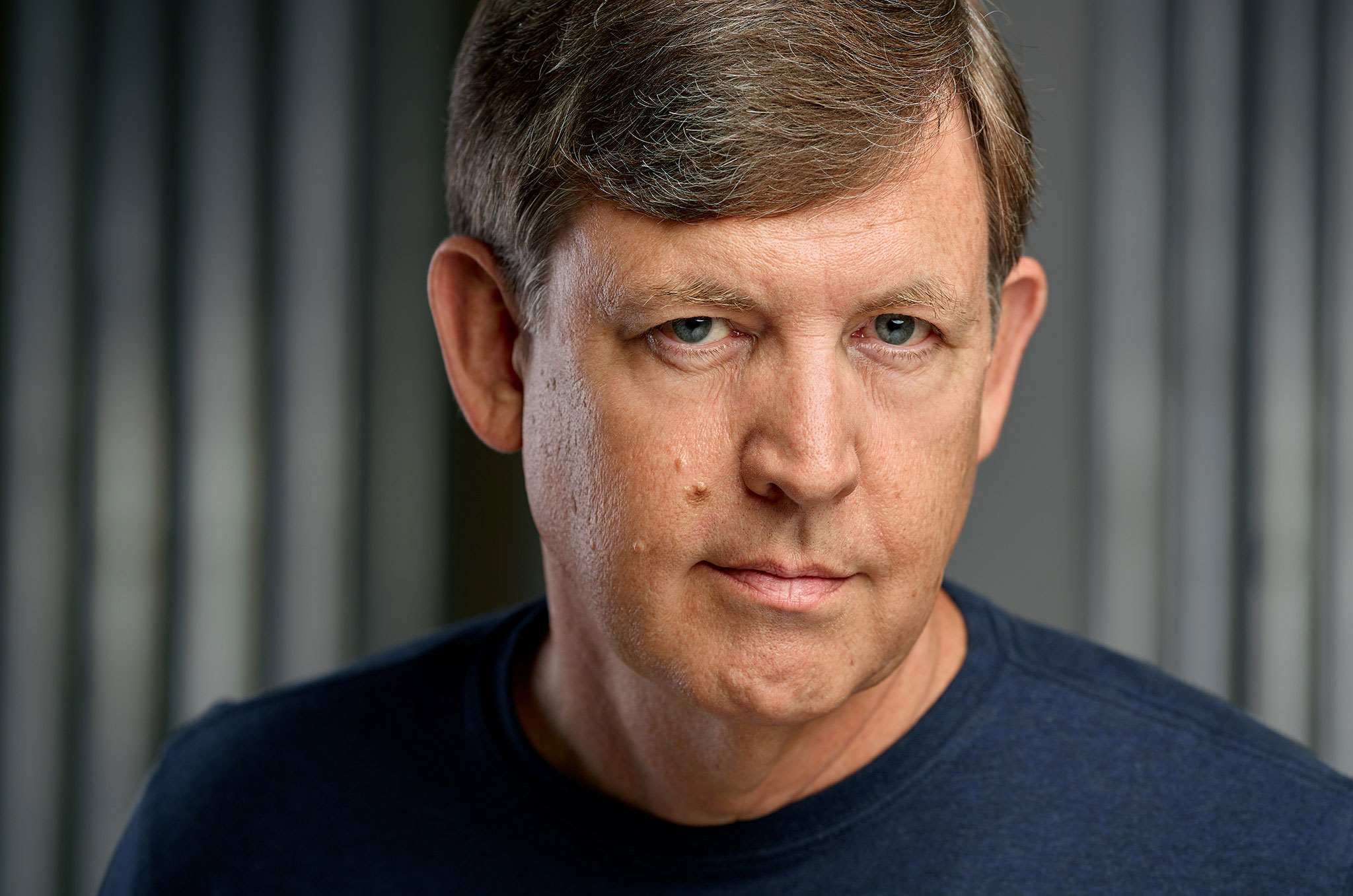 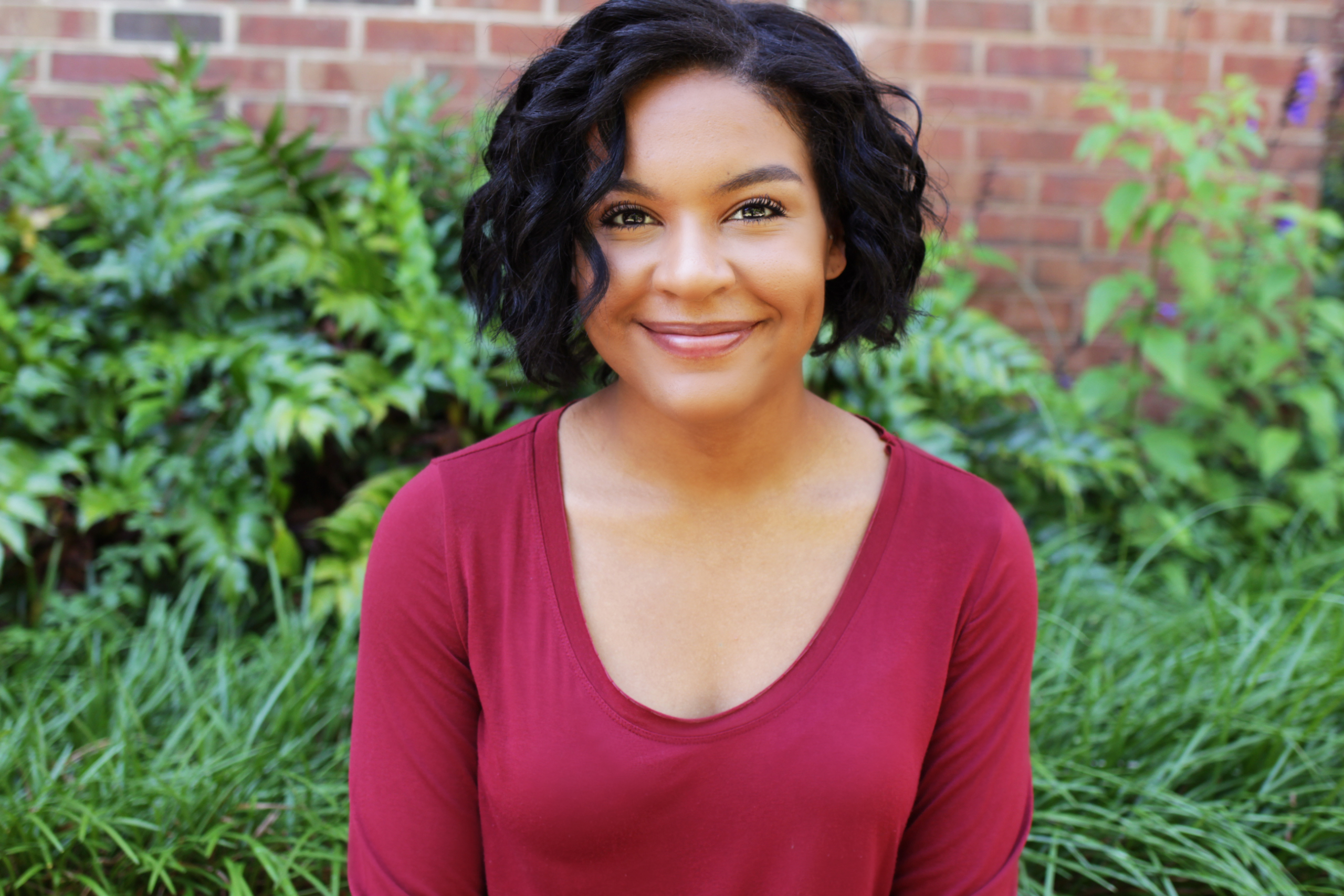 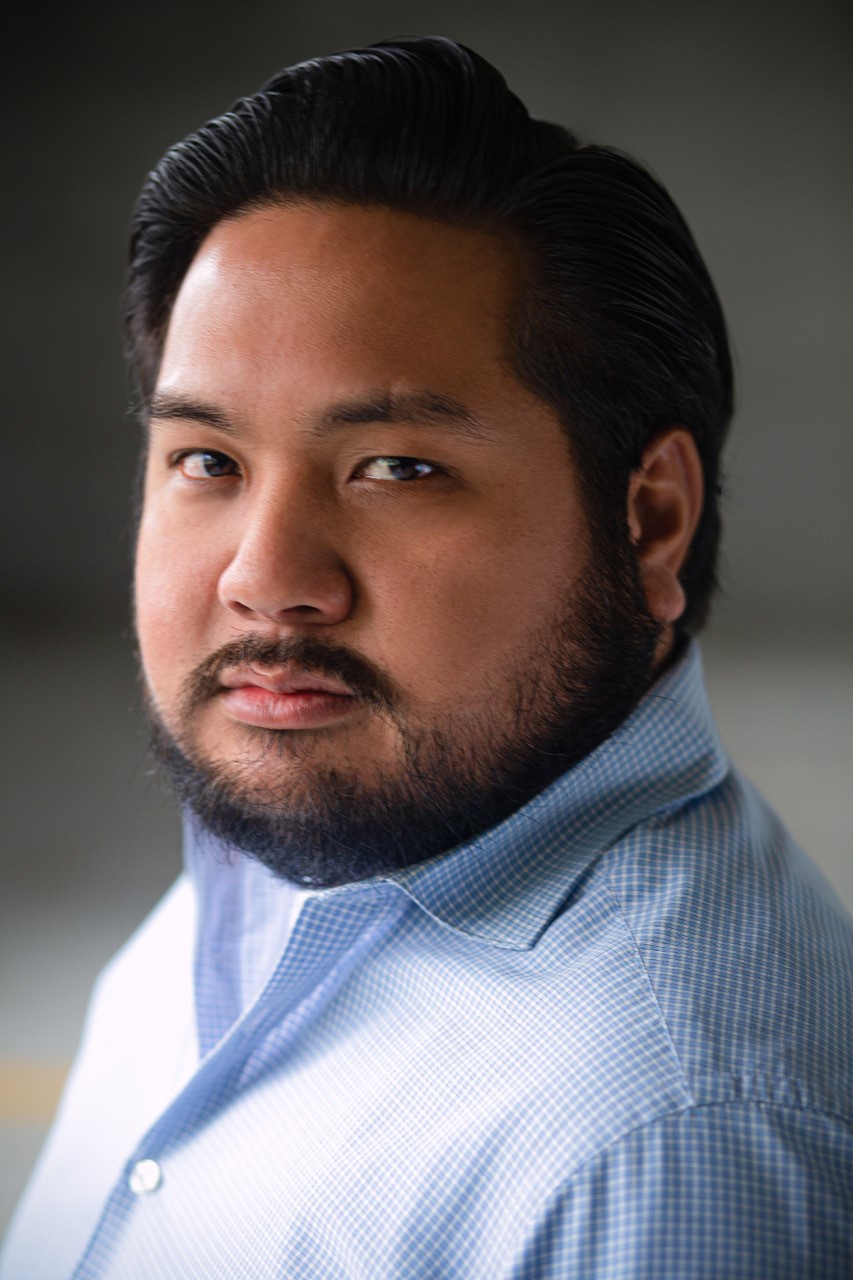 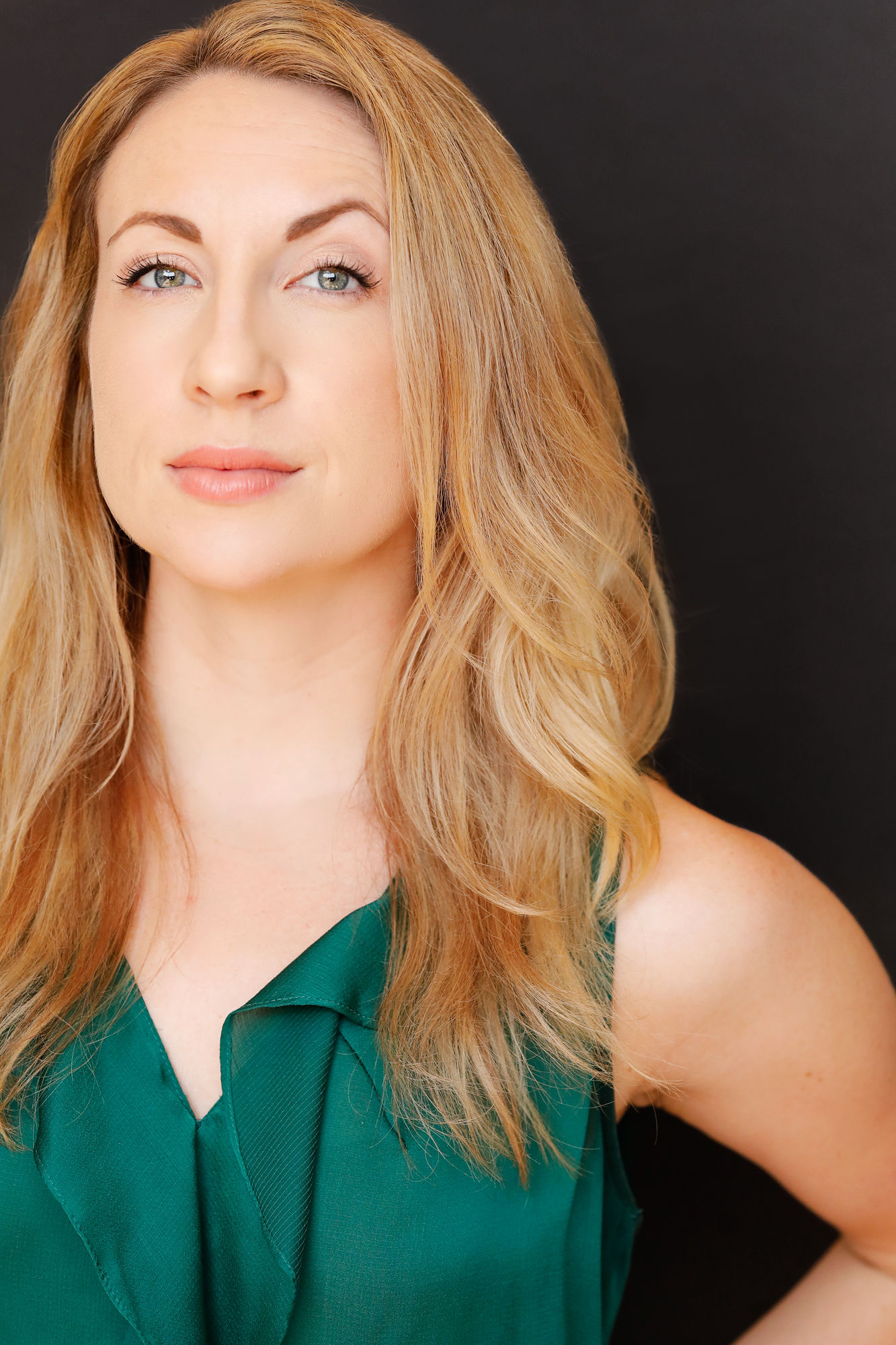 Tickets: $15 per household, viewed via Zoom*

*A Zoom  account is not required to view this production

Performance Zoom link and digital program will be emailed to you the morning of the performance.

There are no special events scheduled for this production.

As we get back to being able to do theatre, although remotely, we are focusing on raising funds for Coronado Playhouse for this production.

In order to maintain the high standard our audiences have come to expect from us, we depend on your donations to meet our bottom line. 100% of funds collected will be reinvested in the Playhouse, ensuring we can keep our doors open for future audiences.