In alignment with the State of California, which has removed mask and vaccine requirements for indoor events, Coronado Playhouse will not require patrons to provide proof of vaccination or to wear masks while attending shows or events. However, we strongly recommend mask-wearing while at the Playhouse.

If you are feeling sick or are exhibiting any COVID-19-like symptoms, or if you have been exposed to COVID-19, we recommend you stay home and contact our box office to reschedule your tickets. They can be reached at (619) 435-4856 or boxoffice@coronadoplayhouse.com

This policy is subject to change if new public health guidance is received from federal, state, or local authorities. 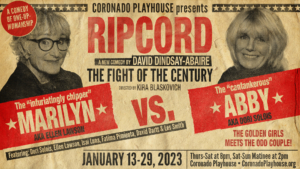 It’s not every day you see a play based on two senior women in competition for sole access to the room of an assisted living facility. But that’s exactly what David Lindsay-Abaire, the Pulitzer Prize winning author of Rabbit Hole, Fuddy Meers, and Good People, has put forth in the quirky comedy, Ripcord. Full of hijinks and pranks, the fun doesn’t stop at the opposing personalities of Abby Binder and Marilyn Dunne. Ripcord pushes past the typical “Odd Couple” formula to present nuanced and interesting characters with the type of lived experiences that could only come from age. From sudoku to skydiving, the secrets among them will almost break these women while simultaneously solidifying their friendship.

Coronado patrons are in for a total delight of witty banter, goofy laughs, and companionship redefined.

THE PROGRAM IS AVAILABLE HERE

“A lyrical and understanding chronicler of people who somehow become displaced within their own lives…Mr. Lindsay-Abaire has shown a special affinity for female characters suddenly forced to re-evaluate the roles by which they define themselves.” – New York Times

“A show to treasure. David Lindsay-Abaire’s ripping Ripcord is a deeply satisfying and vastly entertaining story of two elderly women thrown together by a comic cosmic force possessed of a wicked sense of humor.” – NY Magazine

“Solidly crafted, the play is larded with moments of surprise, both wacky and more substantial. When the play gets serious, it’s genuinely moving.” – Time Out 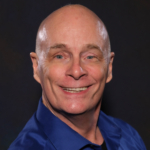 DAVID DARTT (Derek/Zombie Butler/Masked Man) is excited to be making his debut appearance in Coronado Playhouse’s production of Ripcord. Other notable performances around San Diego County include multiple roles at PowPAC: The Dining Room, Native Gardens, A Christmas Carole as well as performances in Rumors (Scripps Ranch Theater) and Bedside Manners (OnStage). 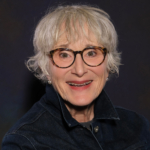 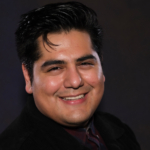 ISAÍ LUNA (Scotty) is very excited to be doing his first show with Coronado Playhouse! Past acting credits include Bus Stop, The Taming of the Shrew, Sonnets for an Old Century, Love, Sex and the IRS, Lorca’s Blood Wedding (Grossmont College) Stupid Fucking Bird, Dear Harvey (SDSU) and Steve Martin’s Meteor Shower. He would like to thank his friends and family for all their support. He would also like to thank Robby Lutfy and Jesca Prudencio and Kian Kline for constantly inspiring him as an artist. 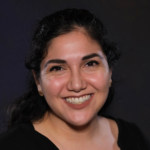 FATIMA PIMIENTA (Colleen/Woman in White) is so excited for her second performance at the Coronado Playhouse!! She’s been an actor, a stage manager, and an assistant director in the San Diego Theatre Community for a tad under a decade, and couldn’t be happier to keep being a part of it all. Favorite roles and productions include Mercutio in Romeo and Juliet, Ensemble for Almost Maine, and Fraulien Kost in Kabaret. She would like to thank all her friends and family for their mountains of support. Couldn’t have done it without you 🙂 ENJOY THE SHOW! 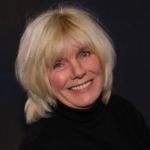 DORI SALOIS (Abby) was recently seen as Roxanne, the husband killing cougar in Artificial Jungle at PLP. She is also a published author and playwright. Her Xmas play, She’s at the Library, was nominated as best production in San Diego. Her novel, “Mrs. Bennet’s Sentiments,” was chosen as the top fiction pick by People Magazine. As Executive Artistic Director of Vantage Theatre, she always looks for new plays with a different vantage point that have the ‘Aha’ moment. 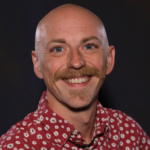 LES SMITH (Clown/Lewis/Benjamin) celebrates his first show after moving here from Kansas in August. Les has been a part of over 50 shows in 25 years onstage and is looking forward to many more in San Diego. Les works for GL POOLS by day. He thanks his mom for pulling the Ripcord with him.

KIRA BLASKOVICH (Director): is excited to be making her Coronado Playhouse directing debut. You might have seen her as a performer in previous CPH productions, such as Macbeth, Clue, and The Old Man and the Old Moon. Kira has been in the performing arts for over 25 years working as an actor, director, playwright, musical director, choreographer, and teacher. She received her BFA in Dramatic Art from the University of California at Berkeley and her MFA from The American Conservatory School in San Francisco. Since moving from NYC in 2017, she has worked as a teaching artist and musical director mainly with Playwrights Project and San Diego Junior Theatre. She is currently the performing arts teacher at Diegueno Country School, having just finished directing a play featuring over 150 kids. Kira is grateful to be working with such talented and committed adults to bring to life this poignant, timely play, and wishes to express her deep gratitude to her family for their support.

ALYSSA HAYDEN (Stage Manager) is happy to be back working at Coronado Playhouse after working on Two Gentlemen Rock Verona last summer. Other stage-managing credits at CPH include: SpongeBob: The Musical. Elsewhere: Heathers: The Musical (2018), She Kills Monsters (2019), and Metamorphoses (2018).

LISA SAMSON (Costumer) A graduate of UC Santa Barbara, Lisa is returning for her 6th show at Coronado Playhouse. Recent shows include Two Gents Rock Verona, Clue, and Matilda at the Coronado Playhouse and Percy Jackson and the Lightening Thief at San Diego Junior Theatre. A former JT student, recovering theatre mom, and avid quilter, Lisa returned to costuming in 2018 and has accumulated an excessive collection of fabric over the last 4 years. Thanks to Kira for including her in this production so she could buy even more fabric.

MASHUN TUCKER (Lighting Designer) is an Artist based in San Diego. He has worked with multiple companies in the area including Lamplighters, San Diego Rep, New Village Arts & The Old Globe. He is happy to be returning to the Coronado Playhouse stage this season following 2 nominations and 1 win for his work in Murder on the Orient Express last season.

STEVE MURDOCK (Sound Designer) has designed, directed or performed in over 100 productions to date.  Steve’s last sound work for CPH was Much Ado About Nothing.  He recently directed productions of Another Antigone, and Secrets of a Soccer Mom. Recent sound designs include A1940s Radio Christmas Carol.  He also recently appeared as Performer “A” in The Dining Room, and as Clifton Feddington in A 1940s Christmas Carol. Steve also appears in recurring roles on audio dramas including Rex Rivetter, Private Eye, and October’s Children.

JOSEPH POWELL (Scenic Designer) Joe is delighted to be working on Coronado Playhouse’s production of Ripcord. It’s been a while since he has had the opportunity to design a set since moving to San Diego, and this has been fun! He thanks the talented technicians at Coronado and, most importantly, his incredibly supportive family. 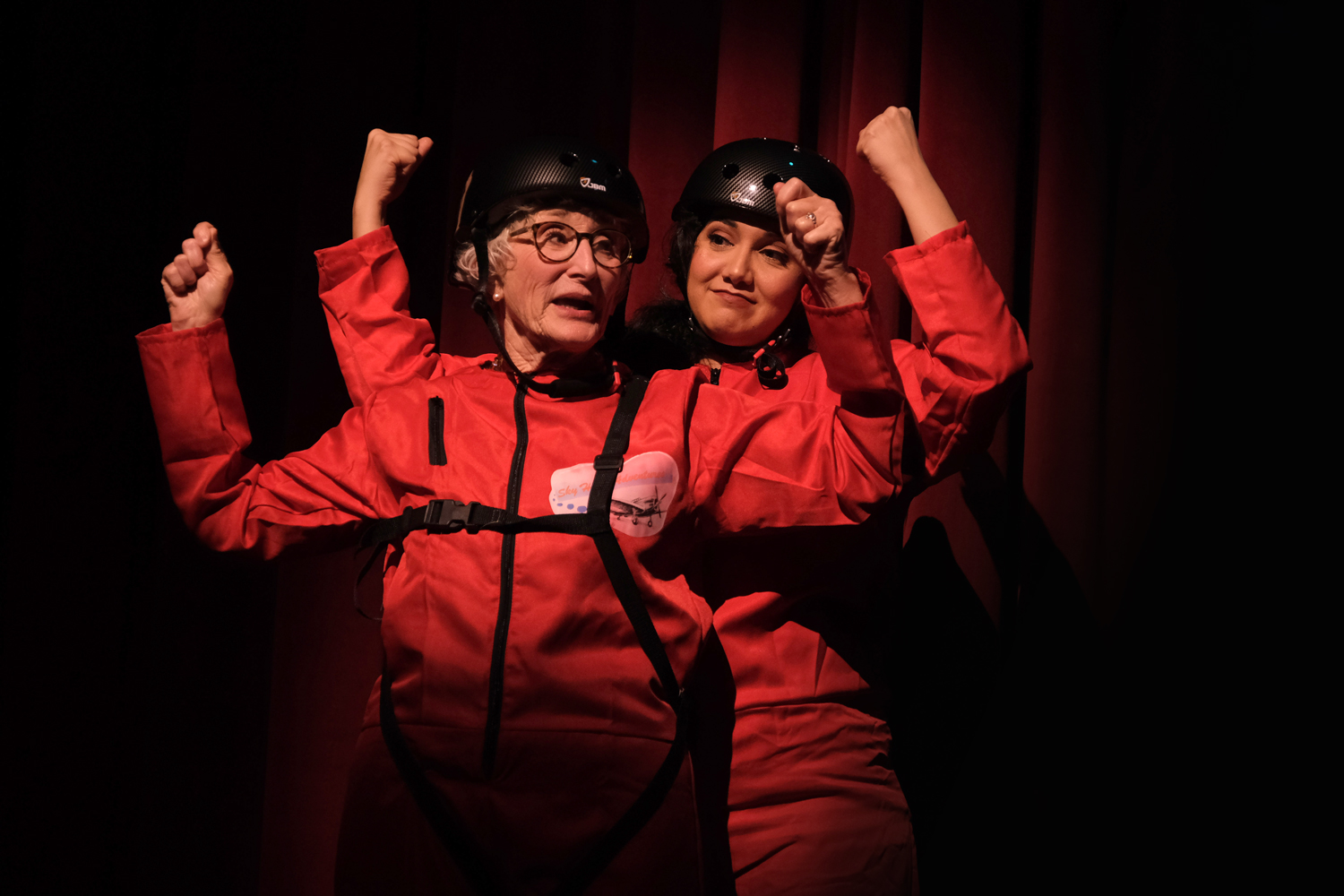 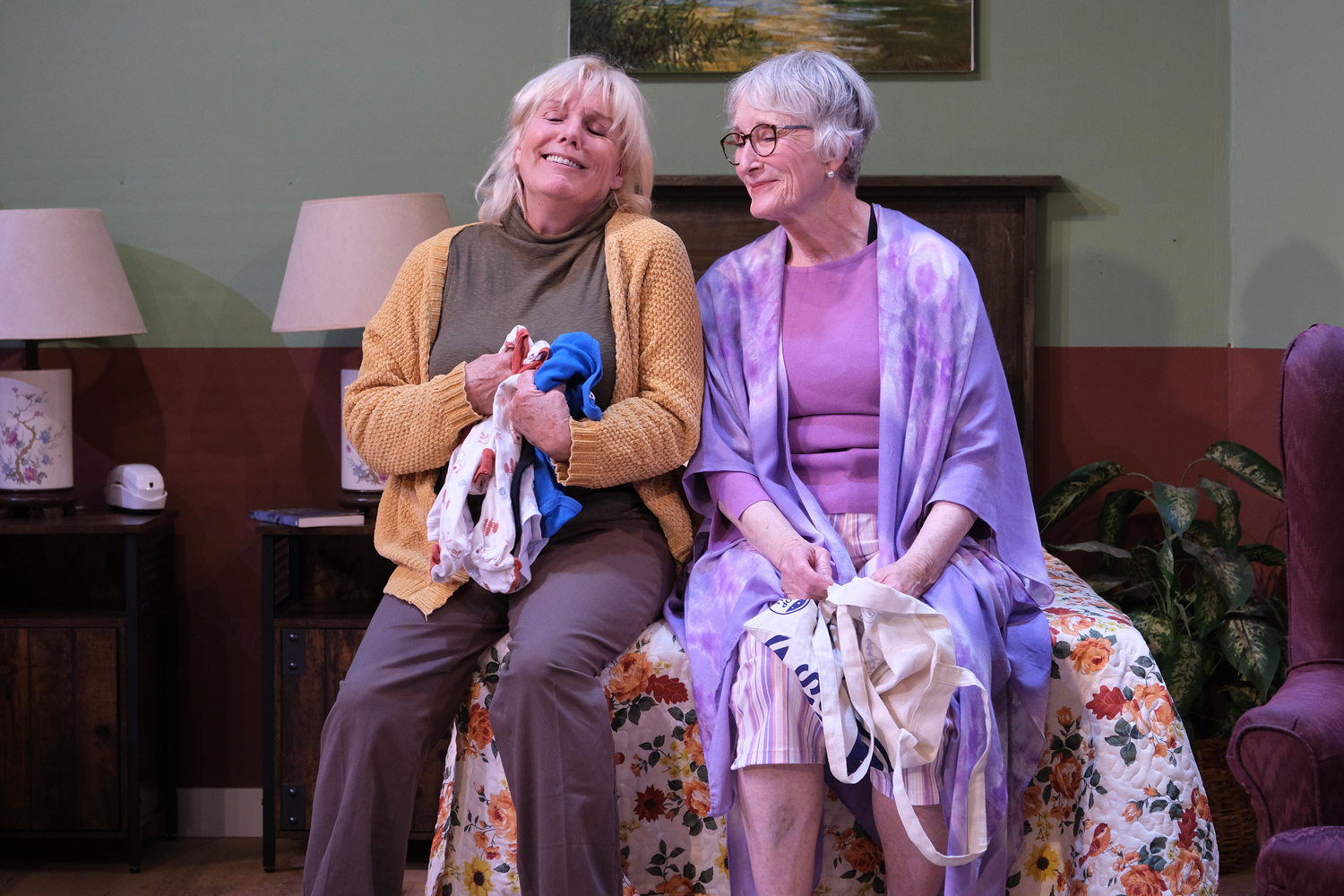 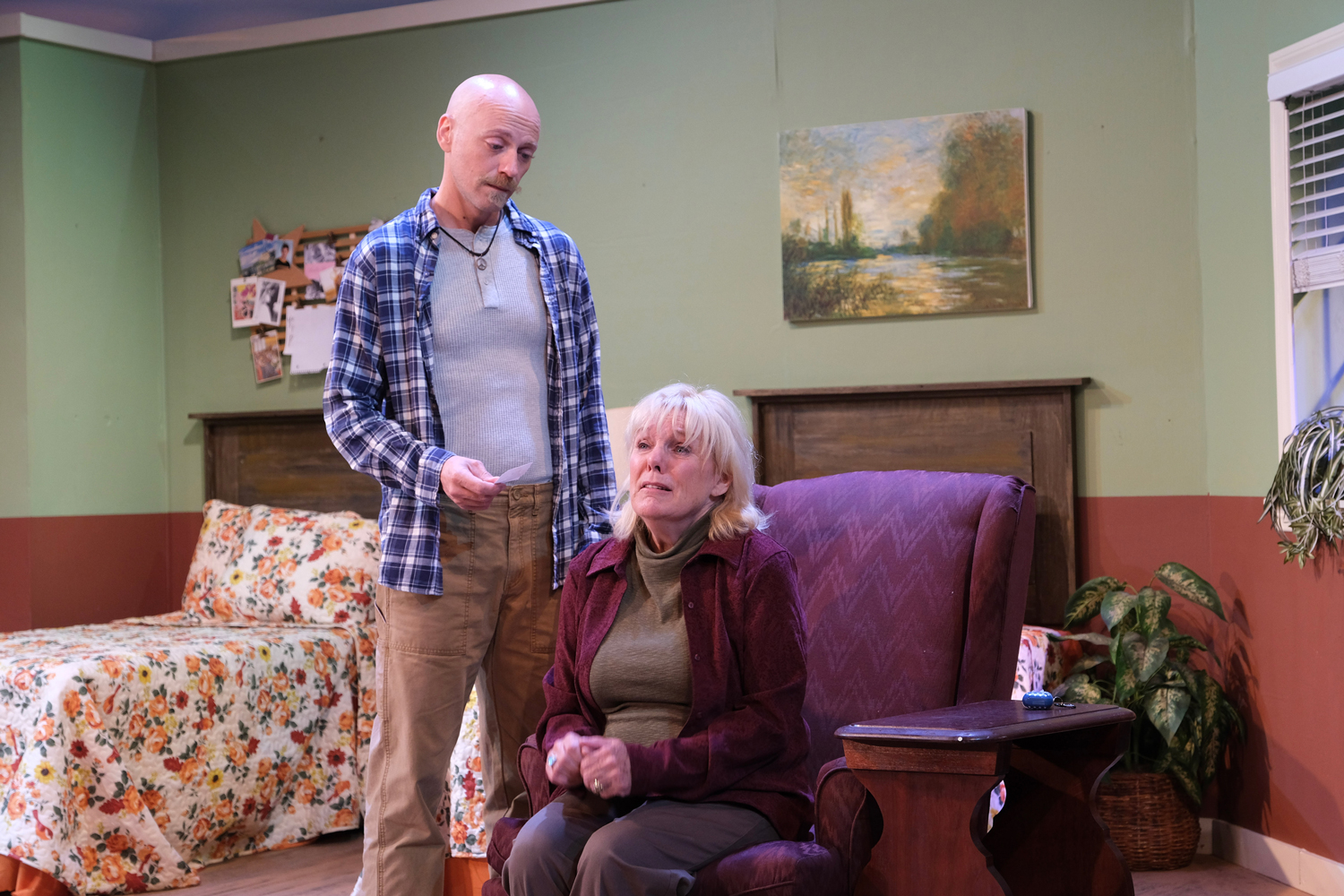 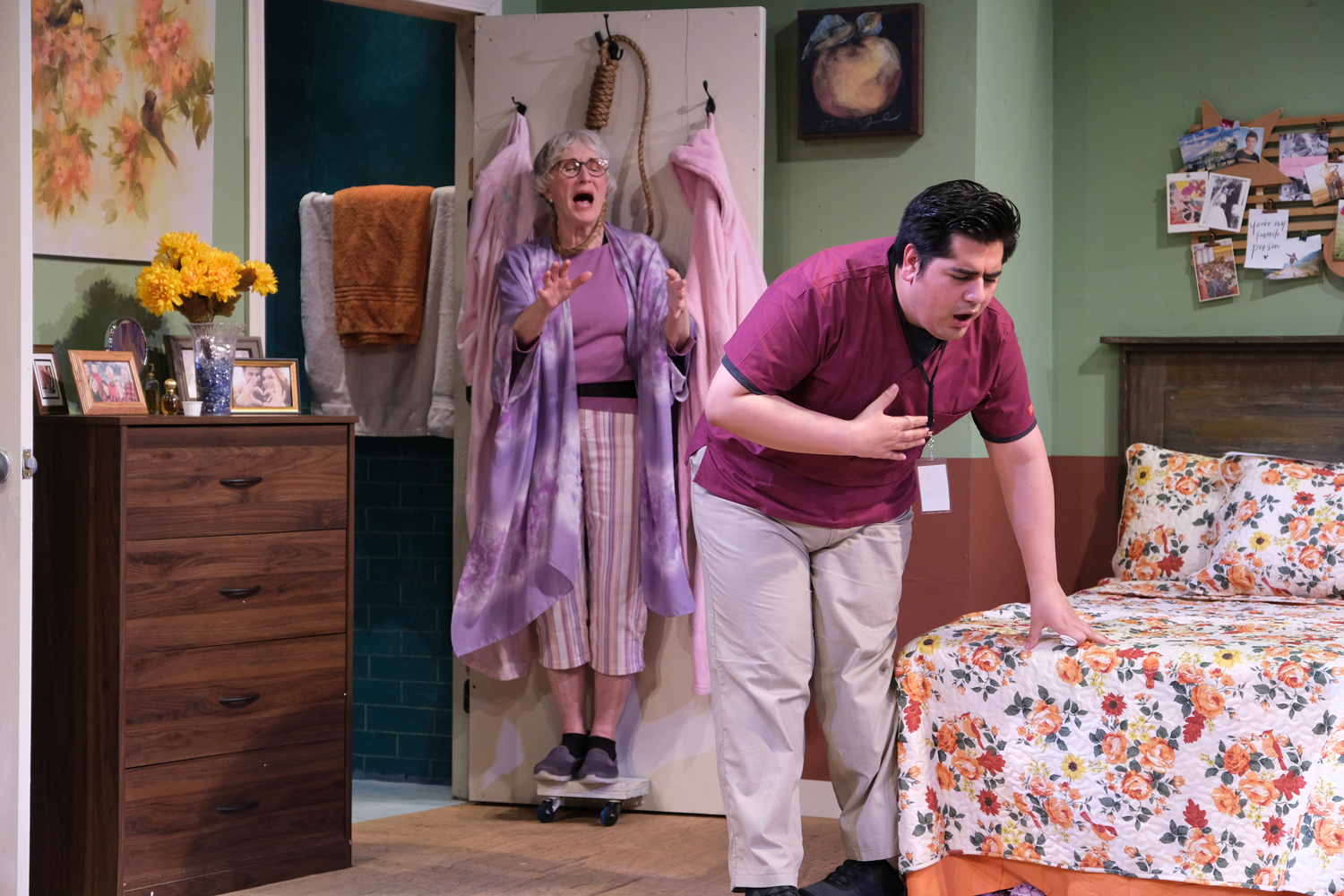 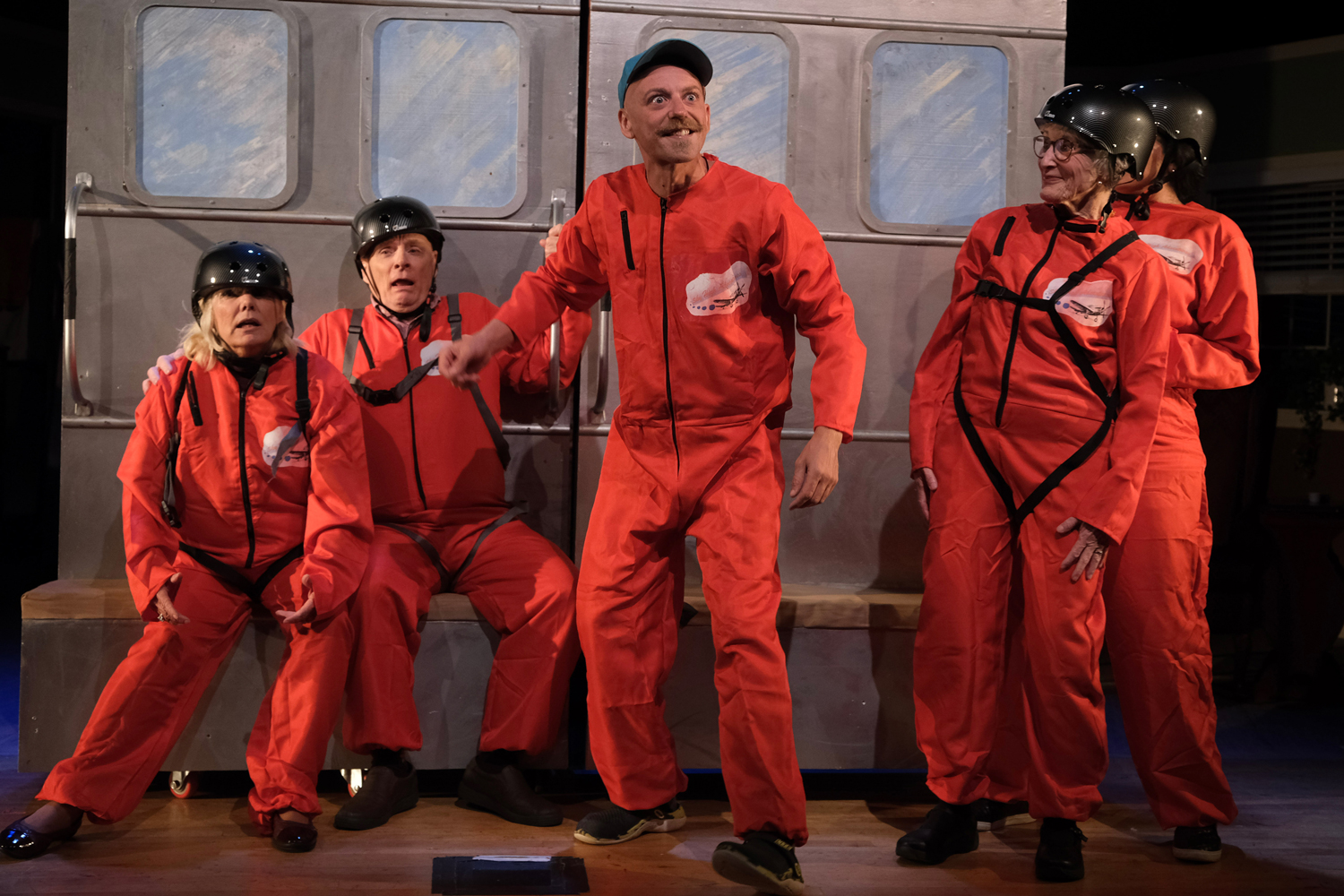 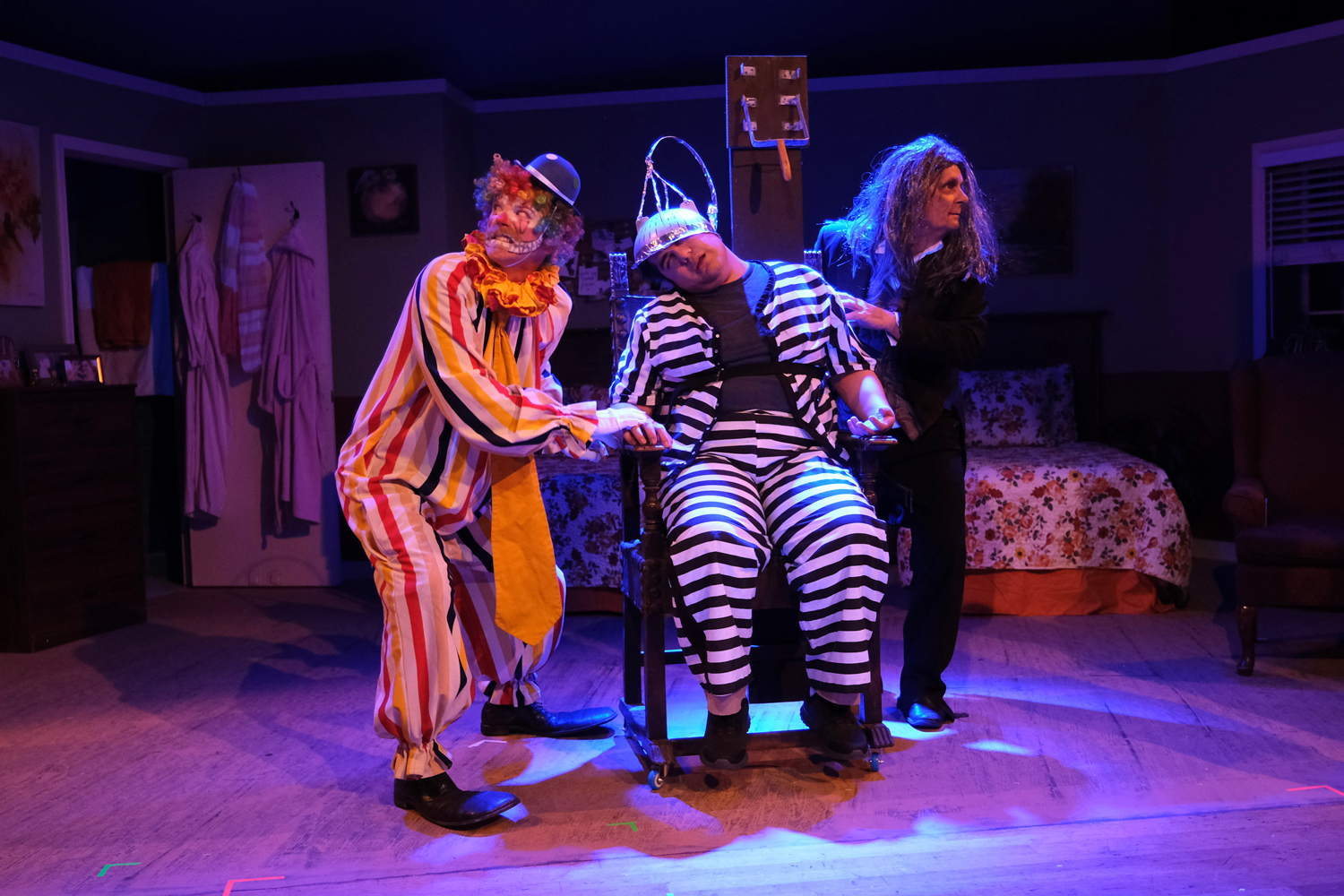 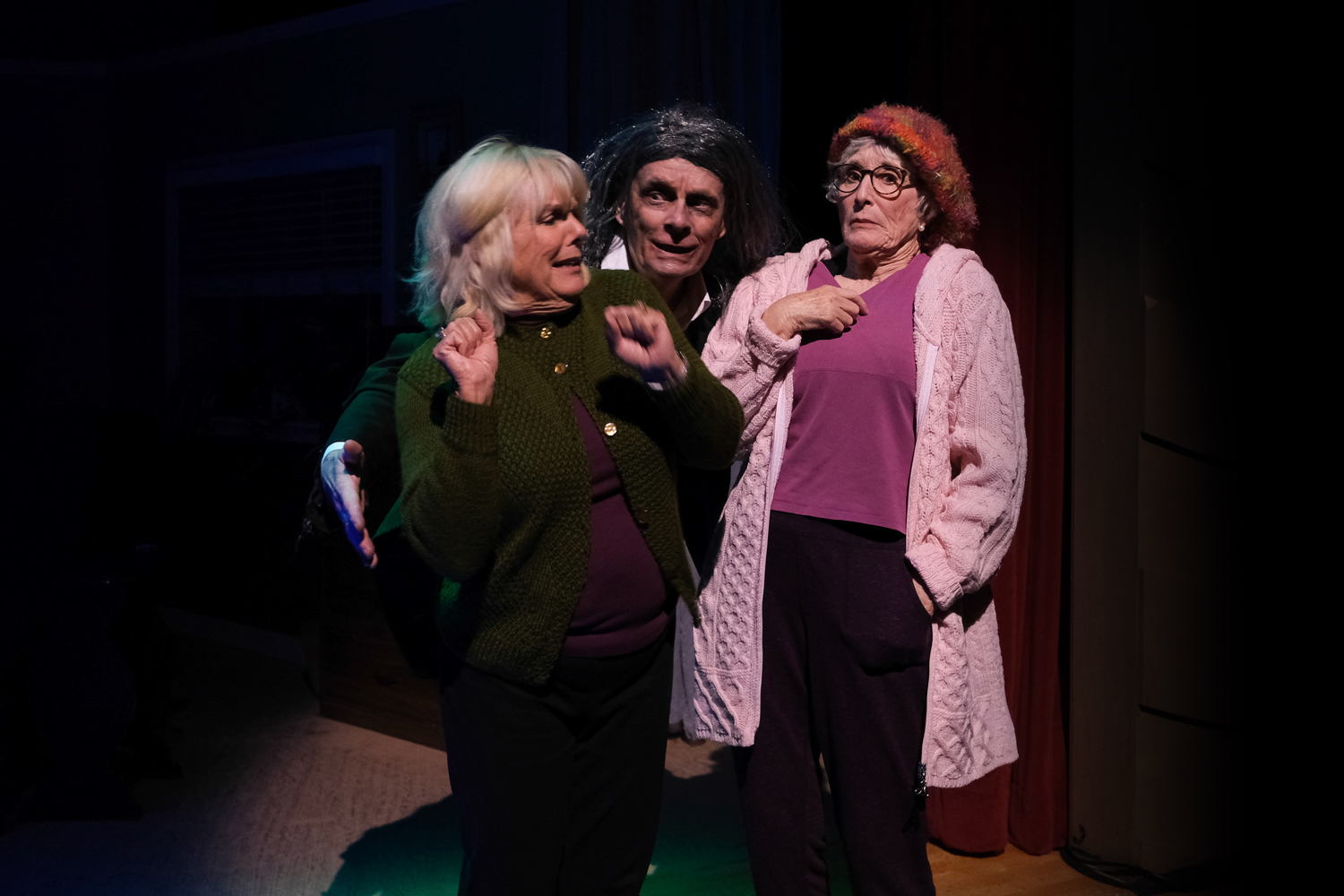 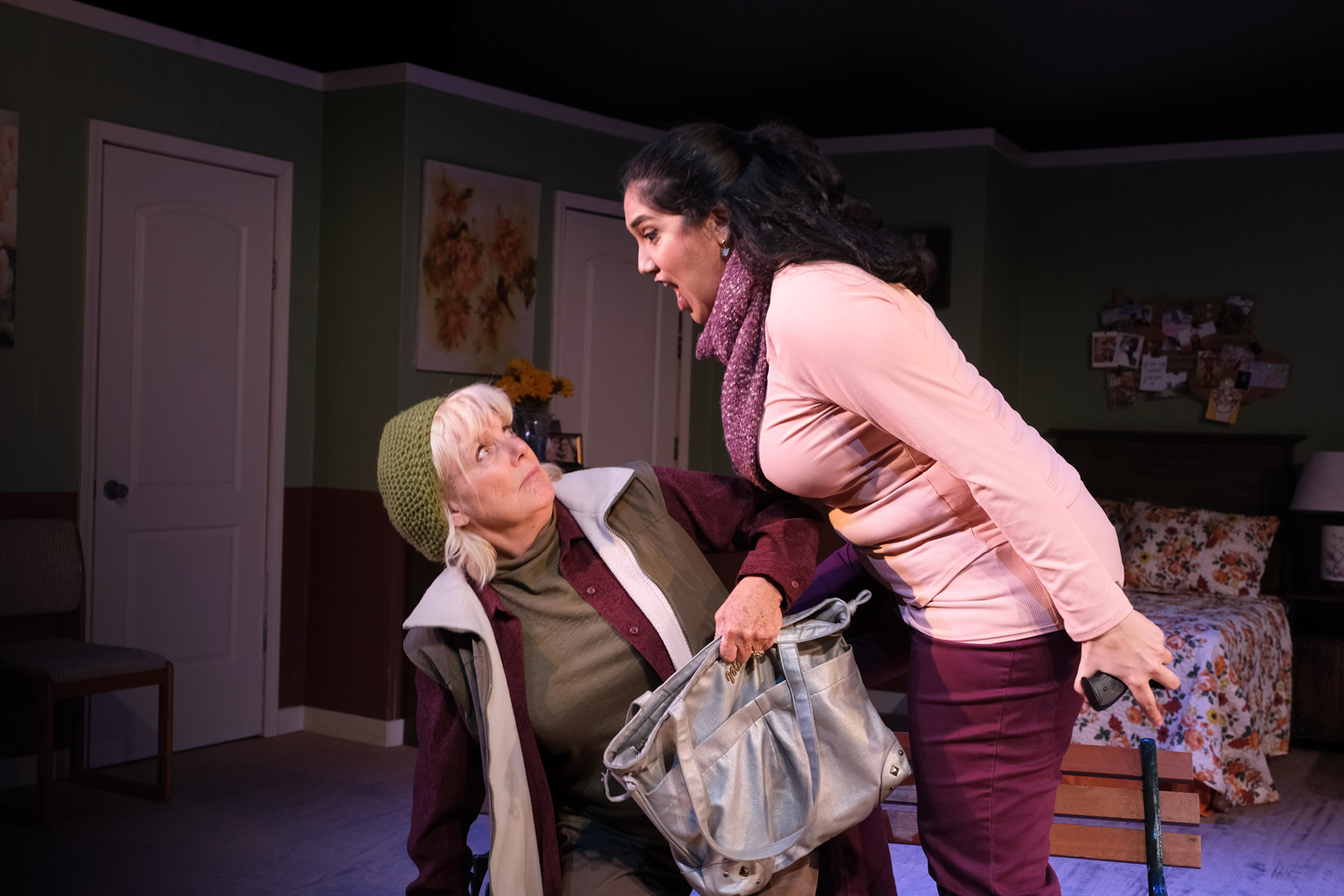 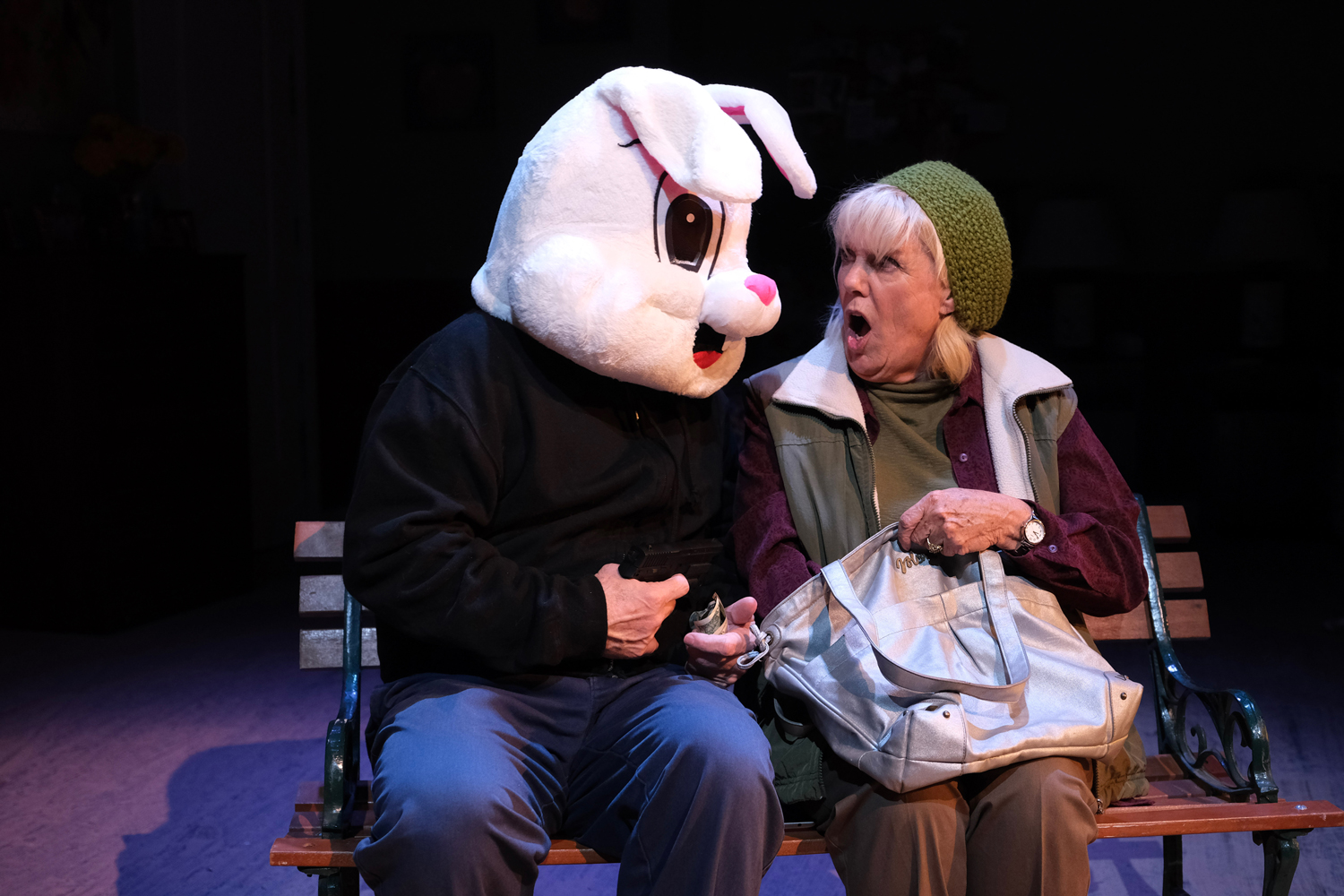 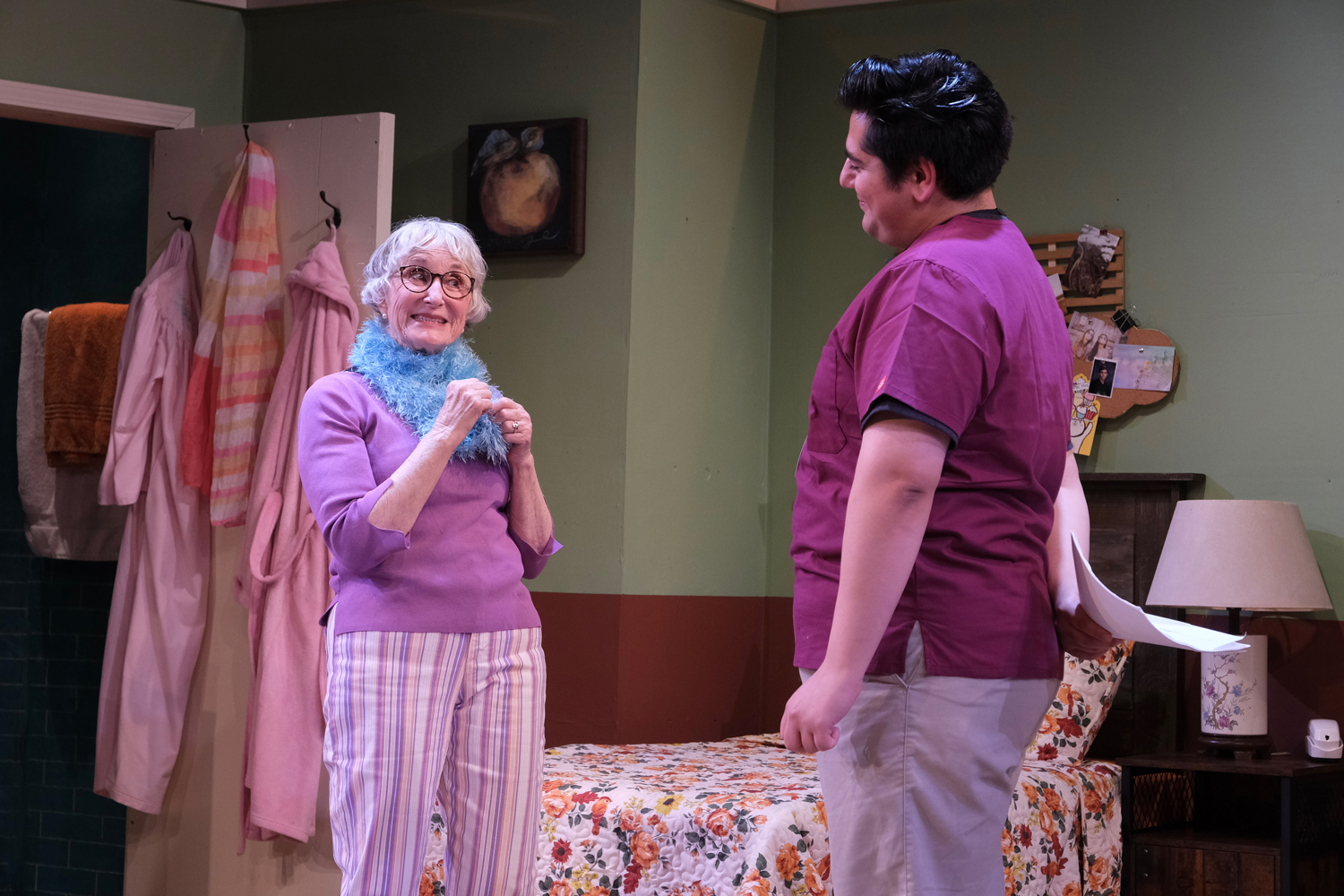 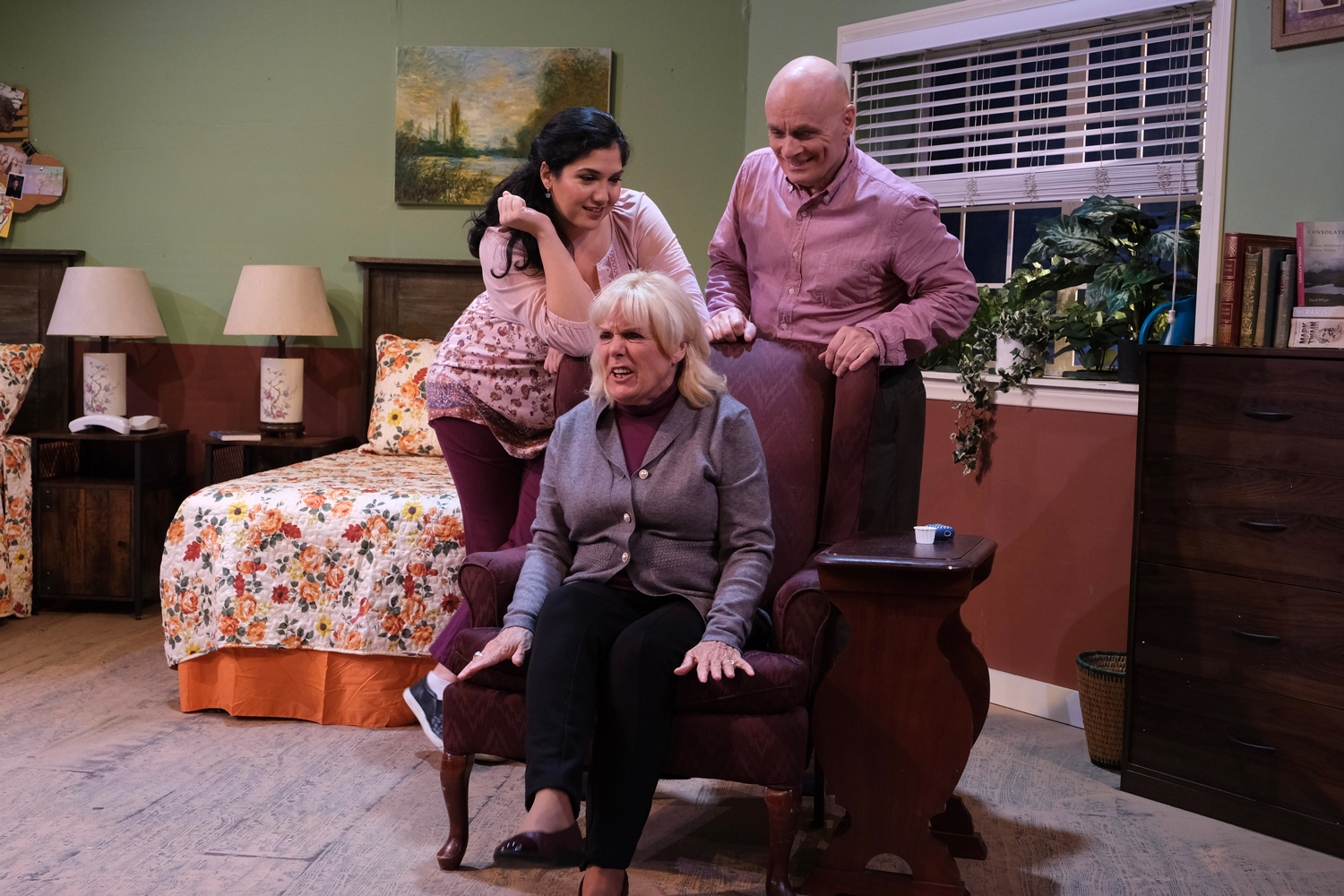 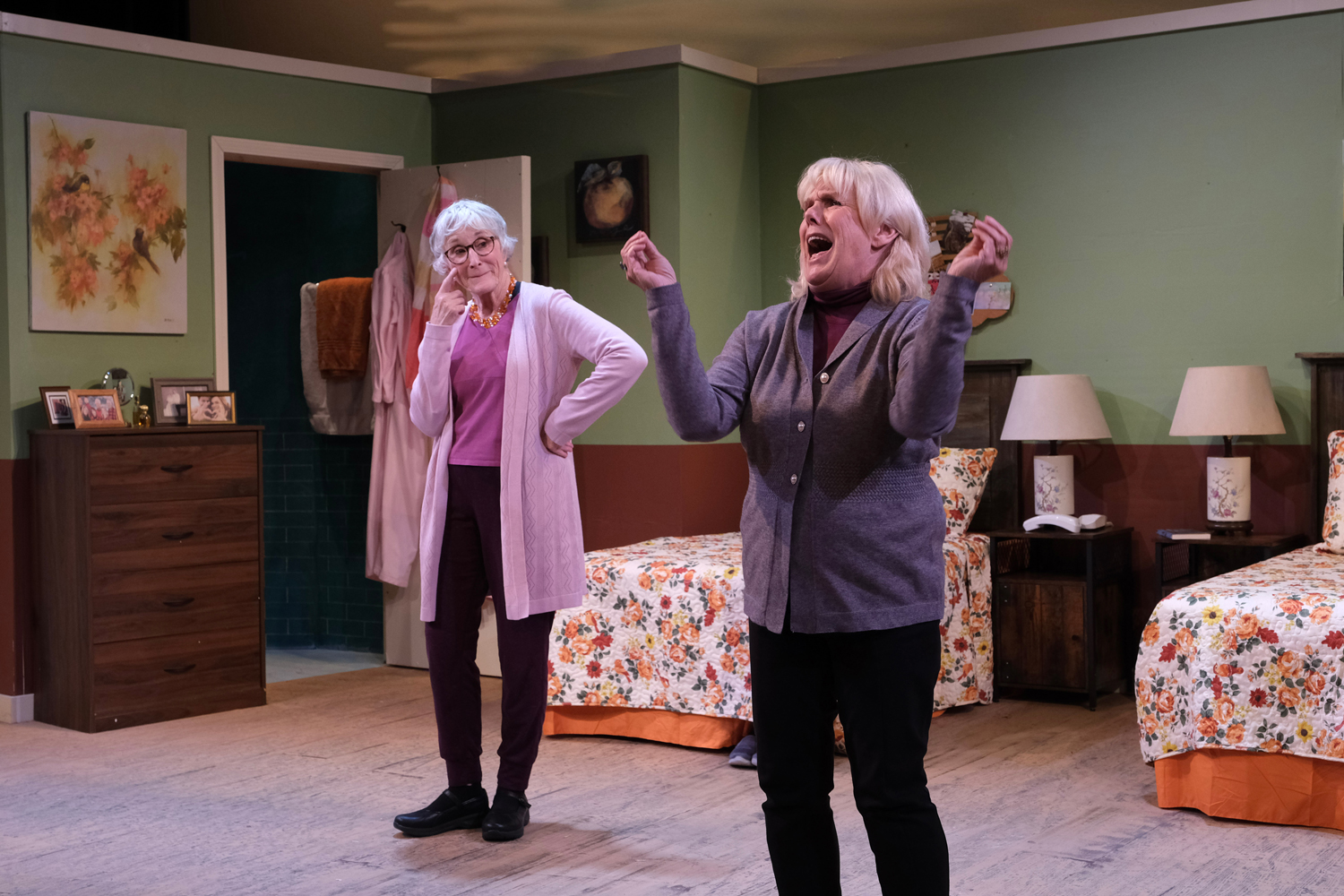 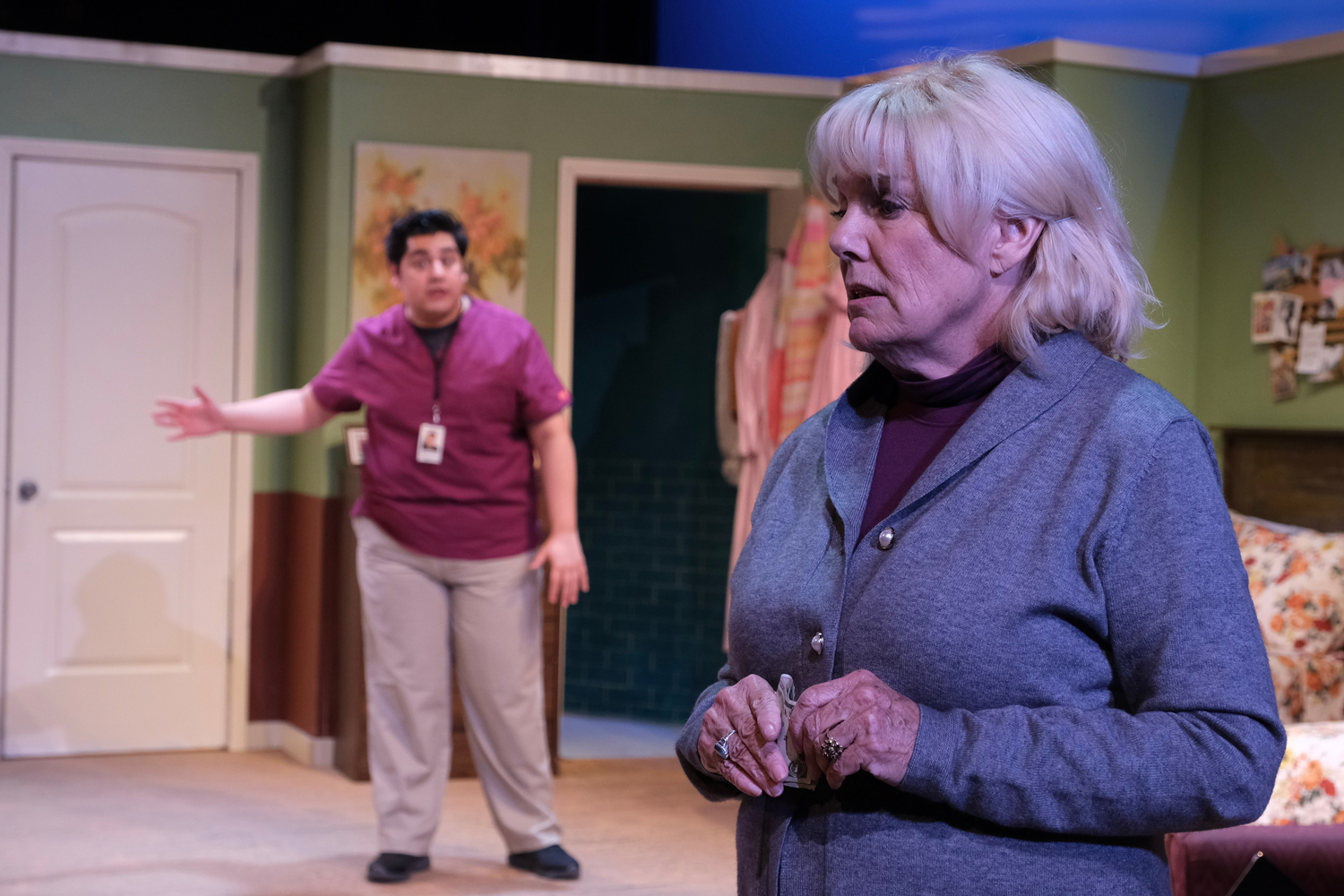 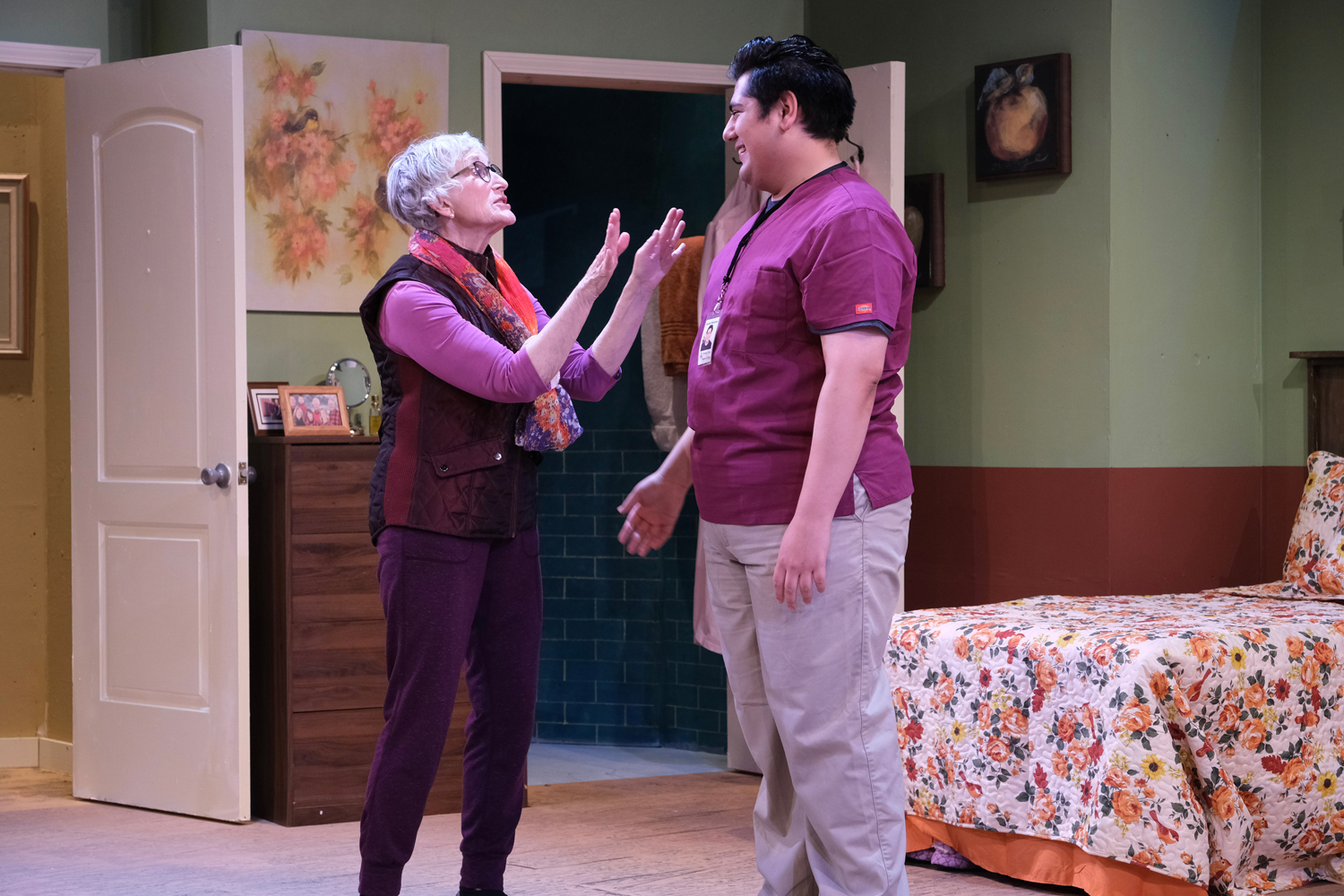 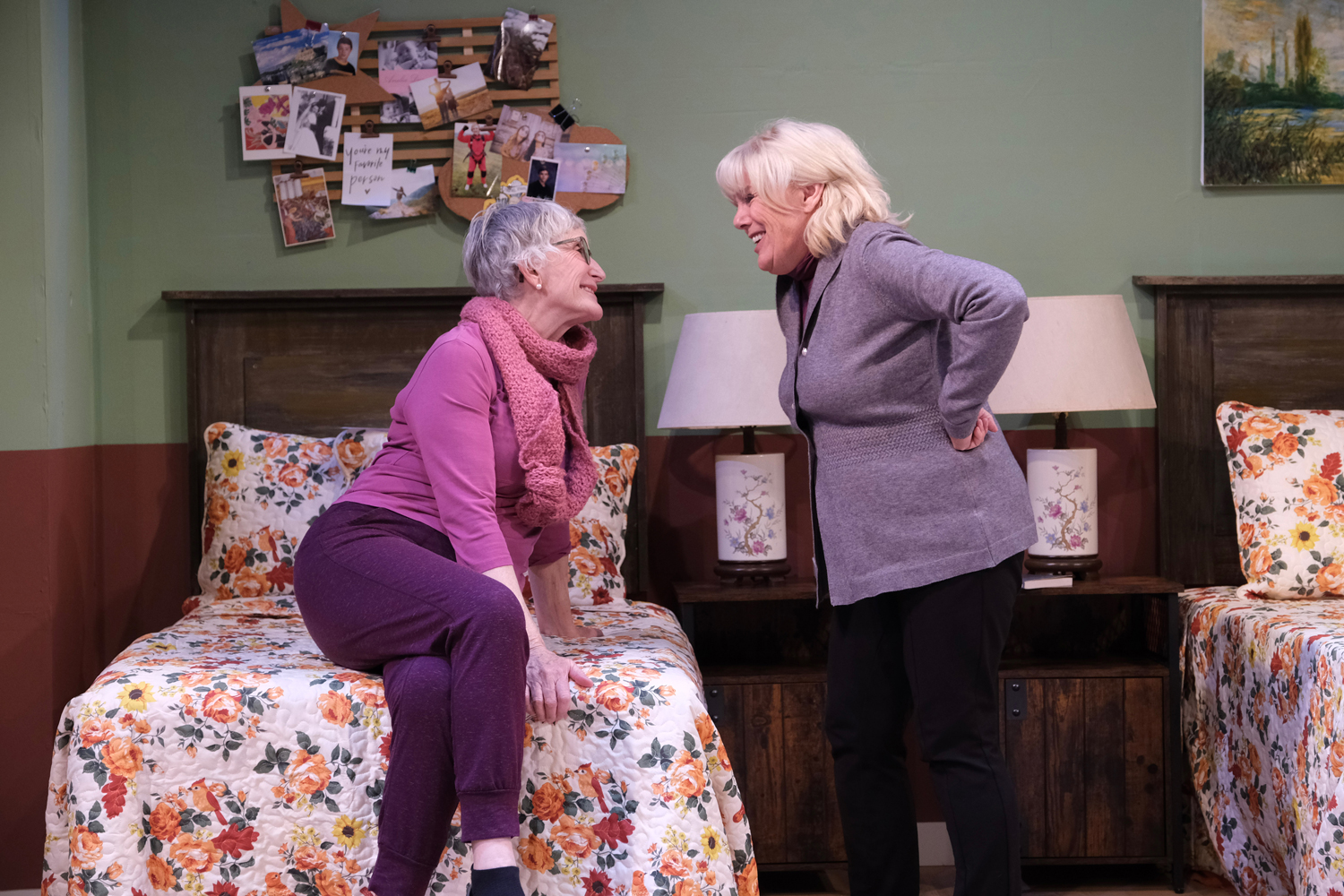 There are no special events currently scheduled for this production.