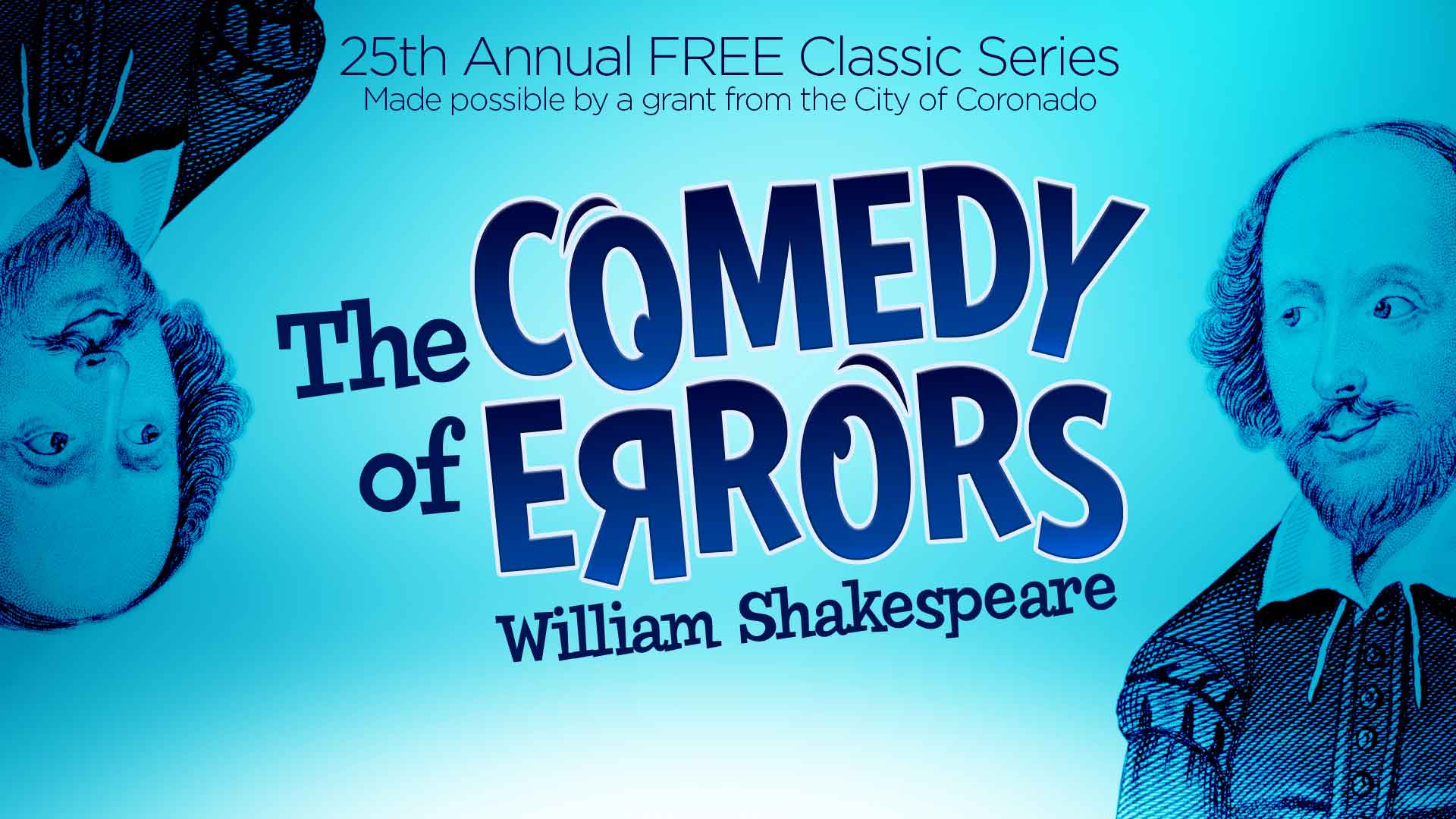 Set in the city of Ephesus, The Comedy of Errors is about the farcical misadventures of two sets of identical twins. Egeon, a Syracusan merchant, had twin sons both named Antipholus. At their birth, he bought another pair of newborn twins, both named Dromio, as their servants. In a shipwreck, Egeon lost his wife, one of his sons, and one of the Dromios.

Egeon’s remaining son, Antipholus of Syracuse, and his servant, Dromio of Syracuse, later come to Ephesus, where—unknown to them—is the home of their lost twins. The new visitors are confused when local residents seem to know them. A series of wild mishaps based on mistaken identities lead to farcical and fantastic misunderstandings.

When the four twins come together, all is finally resolved. And in one final twist, their long-separated parents reunite as well.

The Comedy of Errors was first performed in 1594, and was probably written the year before, during the plague of 1592-93. Due to our current “plague”, we are now subject to new limits of social distancing and quarantining which add to the mishaps and the frustrations experienced by the characters in this production. Humor stems from their foibles as they navigate the necessary restrictions in a way that will seem all-too-familiar.

The Comedy of Errors is one of William Shakespeare’s early plays. It is his shortest and one of his most farcical comedies, with a major part of the humor coming from slapstick, mistaken identity, puns and word play.