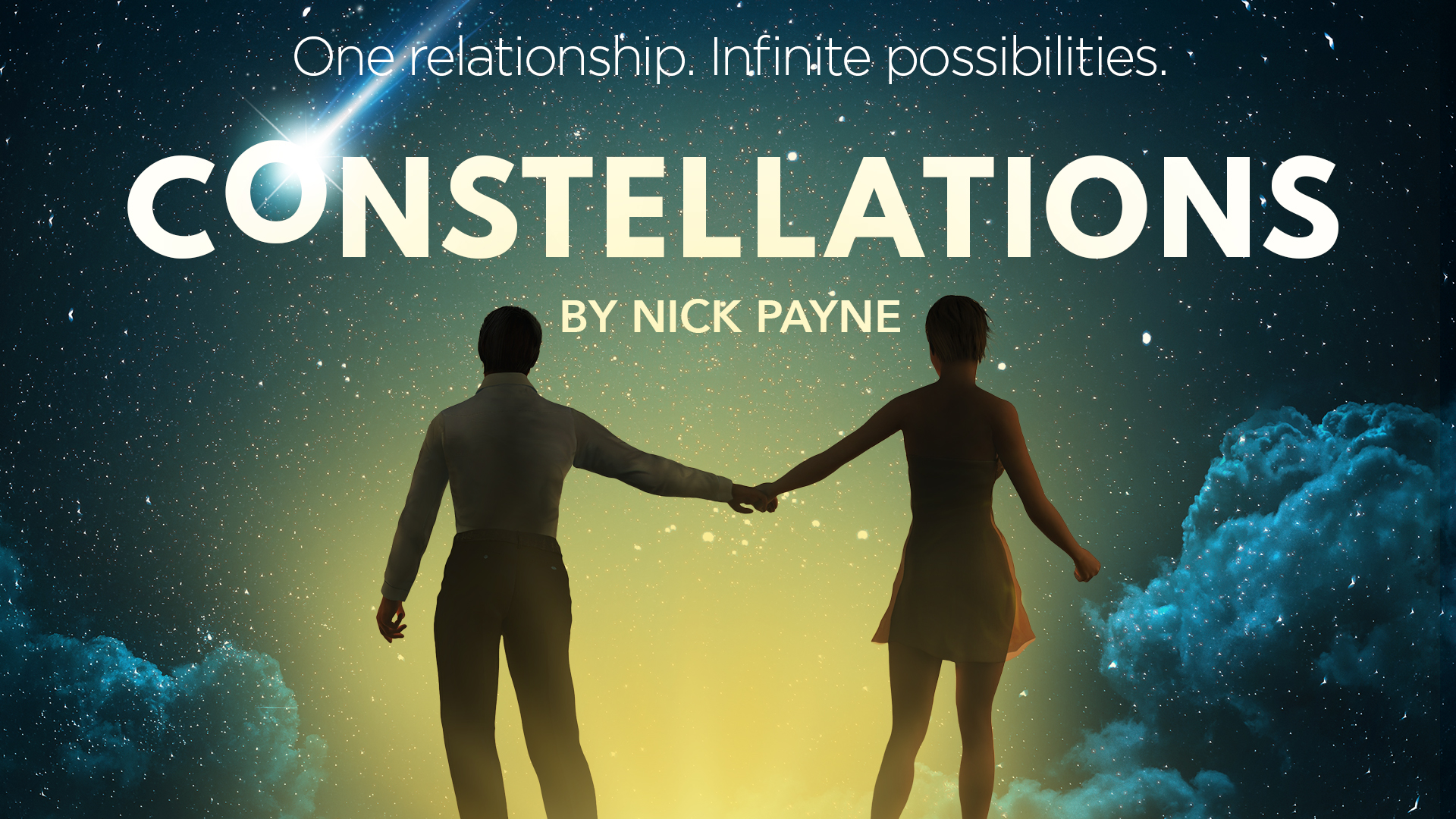 Suppose that life exists in a multiverse…a set of parallel existences that contain infinitely different outcomes. The possibilities in our lives are, quite literally, endless. Every possible event that could happen, does happen. And if two lovers meet…are drawn together in every version of existence…every possible happy ending and heartbreak that could befall them, will.

Nick Payne’s Constellations takes a chance encounter between two drifting souls and opens a door to the infinite possibilities of their relationship. Constellations is a spellbinding exploration at how the tiniest change in the details of our lives can dramatically alter the lives we live.

This show is to be recorded on stage and streamed to patrons on demand.

The program is available here

“Constellations is a singular astonishment”  John Lahr, The New Yorker

“Who knew theoretical physics could be so sexy?” Zachary Stewart, Theatre Mania 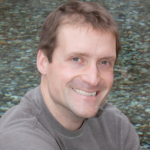 TIMOTHY R. BENSON (Roland) is ecstatic to be returning to the virtual stage with Coronado Playhouse. An Operation Iraqi Freedom veteran, he decided to set down roots in California instead of returning to New England. His passion for theatre budded in high school and blossomed in San Diego County. He has had the pleasure of acting throughout the county in such plays as A Nice Family Christmas at the Broadway Theatre in Vista, All My Sons at Community Actors Theatre, Redesigning Women at Diversionary Theatre, Somewhere in Between at the OB Playhouse and Arsenic and Old Lace at the Welk Resort, to name a few. He is grateful to you, the audience, for giving him a chance to get out of the house and give a socially distanced performance. With all the challenges everyone faces in this new age, he is enthralled to find new ways to keep theatre alive and well. He hopes you stay safe and offers a virtual high five to you for staying safe as well. 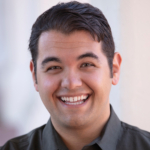 RUSSELL CLEMENTS (Roland) is excited and thankful to be back in the theatre! Recent credits include The Winter’s Tale (Autolycus)(CPH), The Old Man and The Old Moon (Matheson)(CPH), Bullshot Crummond(Character Actor)(Onstage Playhouse), Magic In This Soul (Achmed/Paige)(Blindspot Collective), Failure: A Love Story (John N)(PLNU Salomon Theater), Macbeth (Banquo)(CPH), Baskerville (Actor 1) (Scripps Ranch Theater), Much Ado About Nothing (Oatcake)(CPH), Untold (Pepper/Robert)(Blindspot Collective), The 39 Steps (Clown)(CPH), Know More! (Derek)(Know More) and many others. Phil 4:4 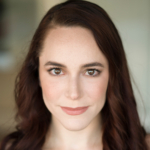 HEATHER WARREN (Marianne) is happy to be working with Coronado Playhouse again after her San Diego debut in the ensemble of King Charles III (2018). Other appearances on various San Diego stages include Juliet in Romeo & Juliet (2018), Anna in And Miss Reardon Drinks a Little (2019) and Ellie in Going to a Place Where You Already Are (2020). She is grateful for your continued support of local community theatre during this time. 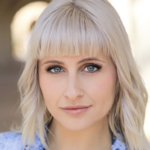 KYLIE YOUNG (Marianne) graduated from UCSD with a BA in Theatre. Some of her favorite roles include: Miss Wilkinson in Move Over Mrs. Markham at Scripps Ranch Theatre, Laker Girl in Spamalot at the Welk Theatre, Brooke Wyndham in Legally Blonde at 3Peace Studios and Kate in Pirates of Penzance at Broadway Vista. She would like to thank her fiancé and loved ones for supporting her in all of her performing endeavors! 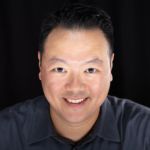 SAMUEL YOUNG (Director) is beyond exhilarated to be working with these incredibly talented actors and bringing this wonderful play to life. This is the third time he has directed a show at Coronado Playhouse. Previously, he directed The Winter’s Tale and Moon Over Buffalo at CPH.  He has also performed as an actor on the Coronado stage in Macbeth, Hamlet, Much Ado About Nothing and King Charles III.

KATHY PARKS (Stage Manager) is happy to be back working for Coronado Playhouse, especially with this fabulous cast and crew. She has worked backstage on numerous productions with Coronado Playhouse, as well as with OB Playhouse, Pickwick Players and Trinity Theatre Company. She would like to thank Sam for his great direction and trust in her, and also the audience members who continue to support community theatre during these unprecedented times.

MICKEY MOUNARATH (Lighting Designer) is a former dancer of Ogden Contemporary Dance Theatre. He has also performed with Orchesis Dance Theatre and Another Language Performing Arts.  Mickey has produced/co-produced all dance and theatre productions for Visionary Dance Theatre, Visionary School for the Performing Arts and Visionary Musical Theatre Company. Through Mounarath-Powell Productions, Mickey has also produced/co-produced numerous productions and artists within the San Diego area. Alongside being the Business Director for Visionary, he continues his career in the computer industry. He additionally does consulting for both IT and the Performing Arts.

PAMELA EVERETT (Prop Designer) is thrilled to be working with this great cast and crew. Pam has been volunteering with CPH since 2007. She is thankful that CPH is continuing to provide quality theatre during these trying times. As a CPH Board Member, she is excited that CPH has continued with plans for in-theatre productions as soon as the restrictions are lifted. She looks forward to seeing all our wonderful, supportive patrons in person very soon!

MARC AKIYAMA (Sound Designer, Film Production) is a composer for film and theatre, and the co-founder of Akiyama Music, a film scoring and production studio. Marc is the Resident Sound Designer for Trinity Theatre Company and Coronado Playhouse. He scores a wide array of films from animation to original musicals, including Brush with Disney Animator, Garrett Lewis, while spanning multiple genres from jazz to orchestral. Marc co-hosts The Song to Screen Podcast, which explores storytelling techniques of film and theatre music. He and his brother produce creative content for their studio including original films and tutorial videos. Visit AkiyamaMusic.com for more.

LANDON AKIYAMA (Videographer) is a born and raised California-based photographer and videographer. He has photographed everything from portraits, couples and weddings to corporate events and concerts. When he isn’t behind the camera, Landon is a lyricist, composer and guitarist. He co-founded Akiyama Music, a film scoring studio whose recent work on Brush has been nominated for several film festival awards around the country. Landon also works as the Development Coordinator at La Jolla Music Society.

LENELLE WYLIE (Co-Producer) is so glad to have this new and exciting role as producer at Coronado Playhouse. She is a San Diego native who lives in La Mesa with her husband and her two daughters. She teaches biology and coaches the water polo/swim teams at her alma mater, Helix Charter High School. Lenelle is lucky enough to have performed at Coronado Playhouse in Little Shop of Horrors, Joseph and the Amazing Technicolor Dreamcoat and in two cabaret performances. She adores the Playhouse and truly values the experience they provide for both patrons and actors. Hope you enjoy the show!

ANTHONY ZELIG (Co-Producer/CPH Production Manager) appeared at the Playhouse as Miss Trunchbull in last year’s sole production, Matilda and will next be seen as the Courtesan in this summer’s The Comedy of Errors. He has produced many CPH productions over the last few year as well as doing both lighting and sound design for several, earning an Aubrey Award for co-designing lights for Mamma Mia! Anthony is also an Ambassador and Administrator for San Diego’s Theatre Alliance. While he wishes you were seeing this production live at the Playhouse, he is excited that CPH has been able to capture the show and deliver it to you in the comfort of your own homes. He wants to thank the entire company of Constellations for their dedication in making this show come to life. 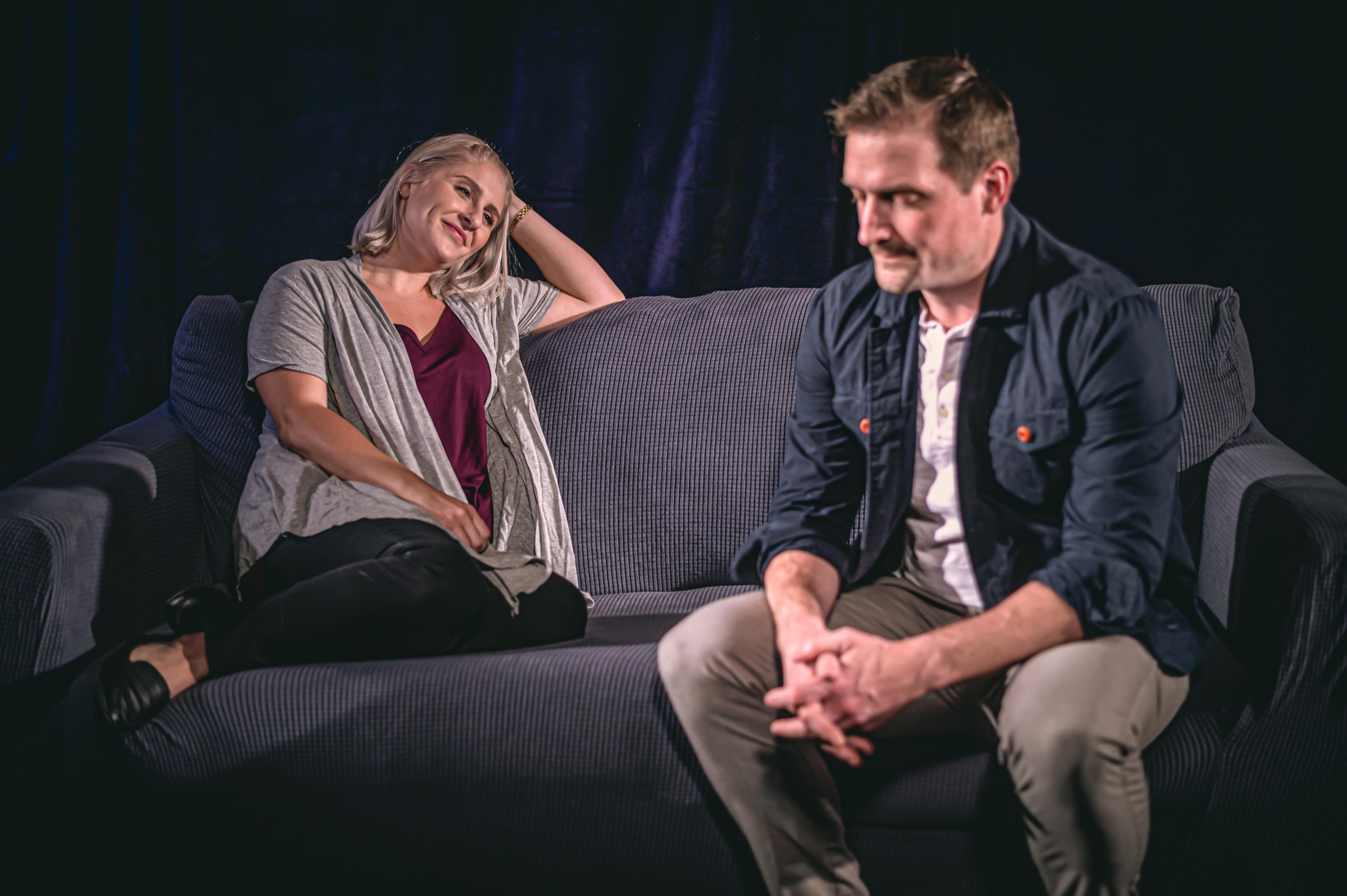 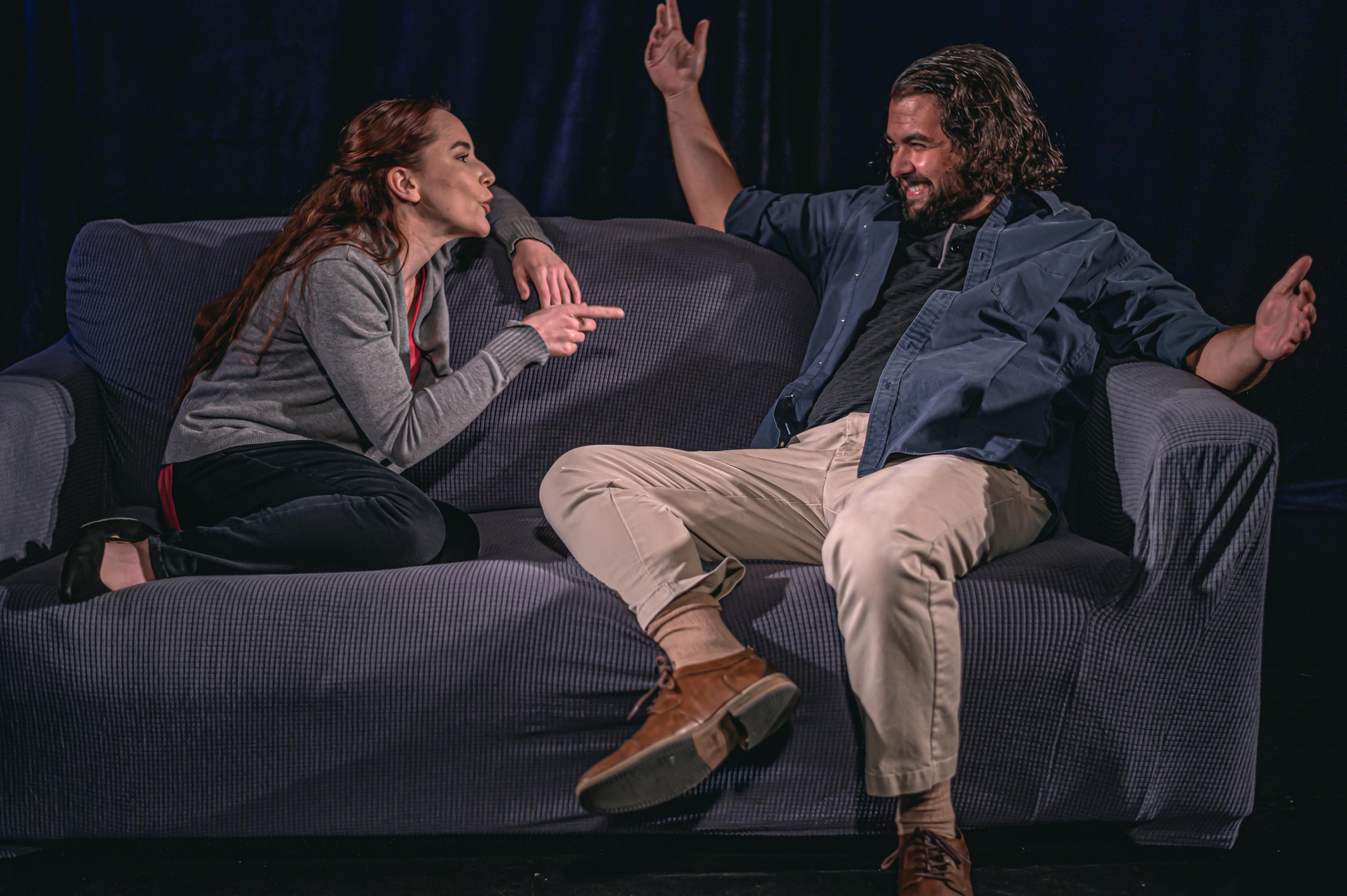 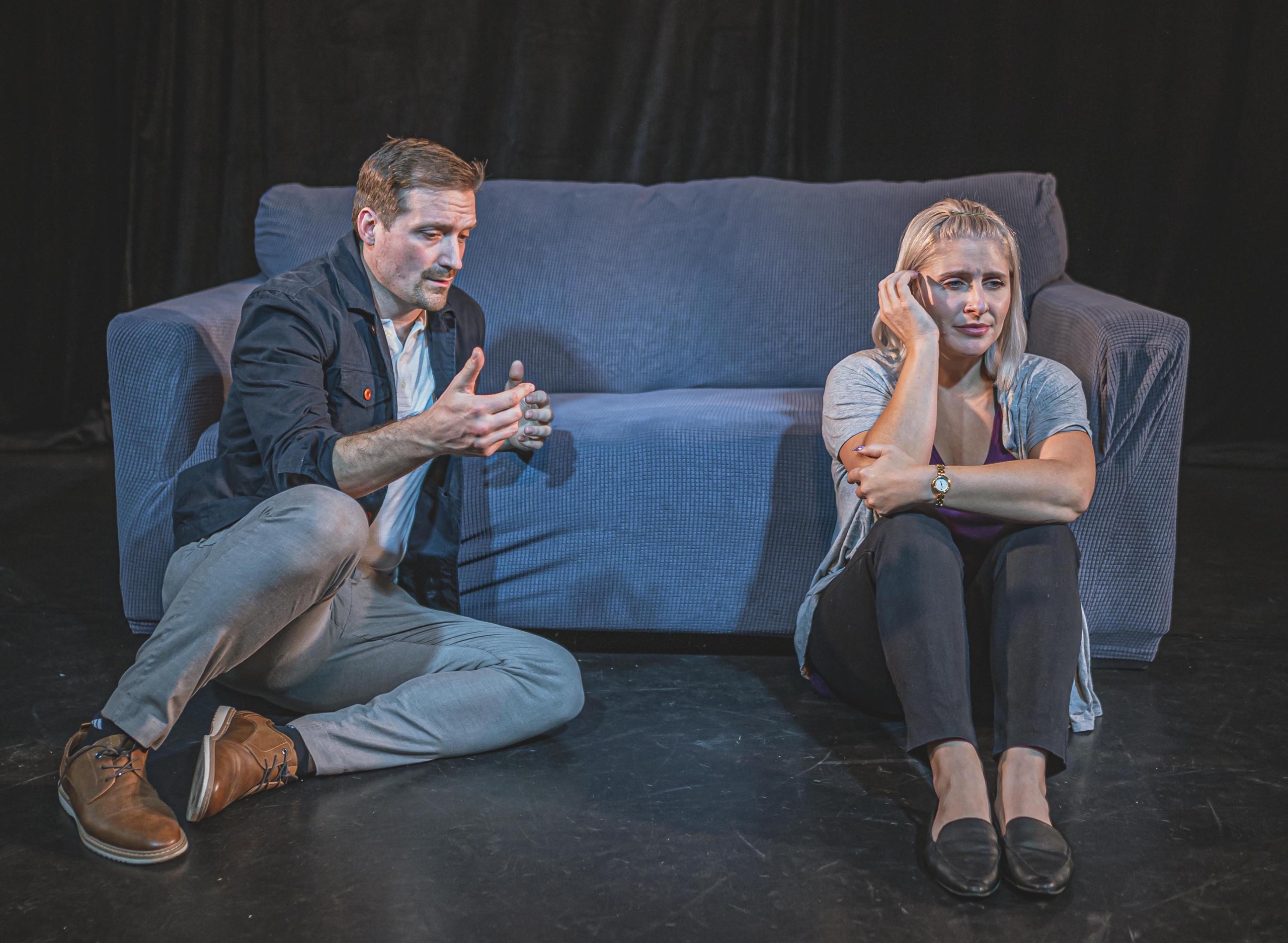 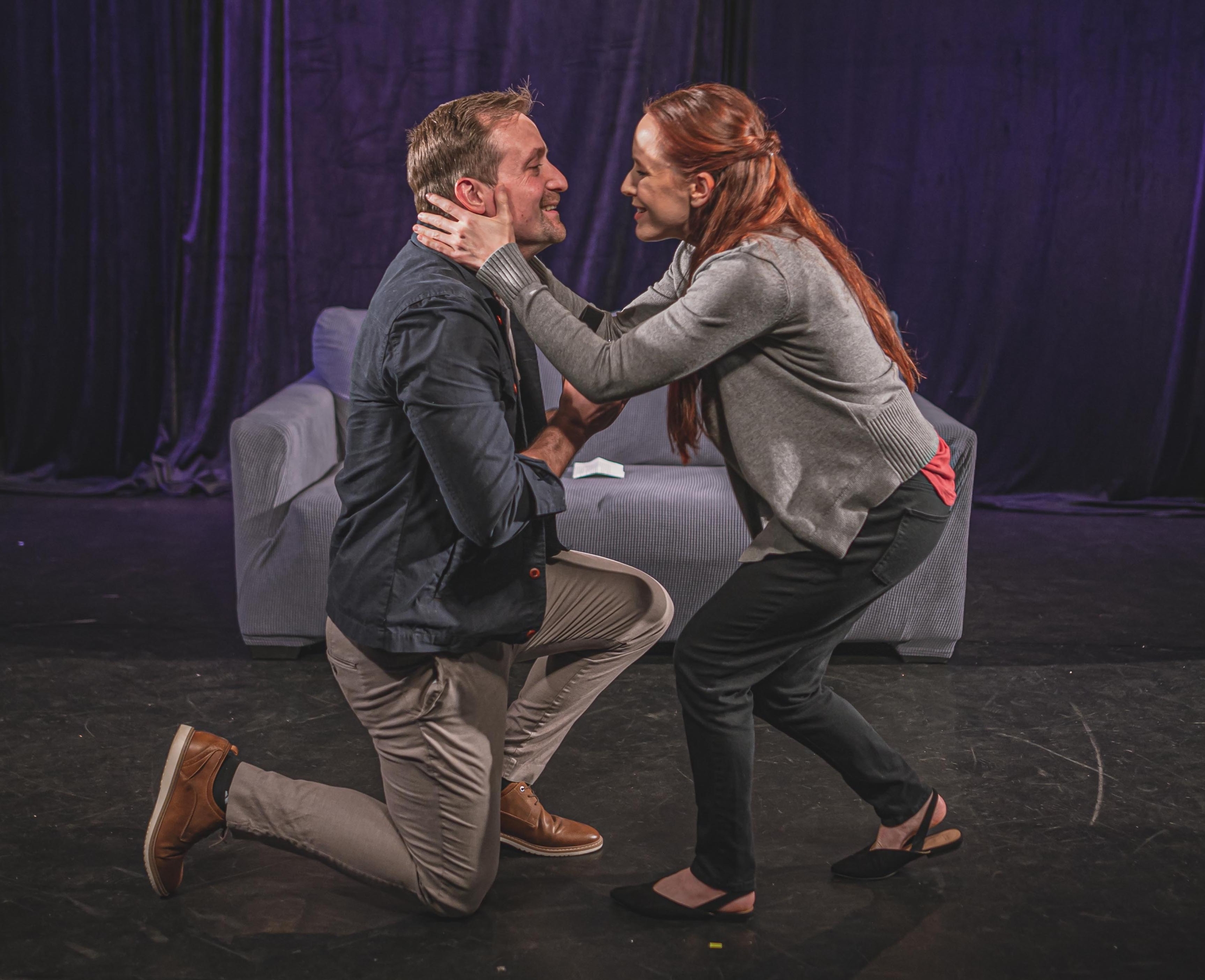 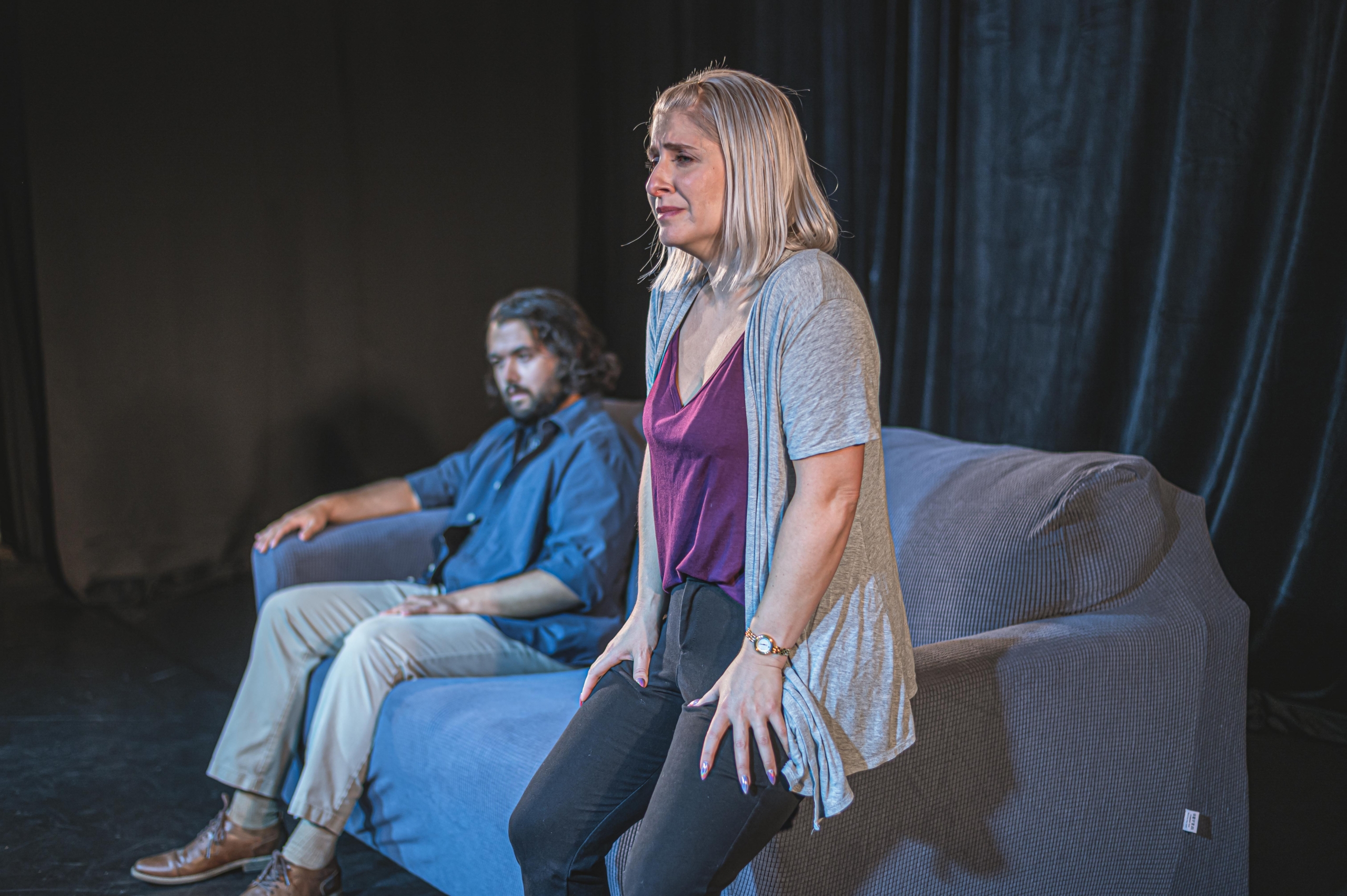 There are no events scheduled at this time.

Please visit www.sdbtf.org to see how to volunteer or donate to this important cause.