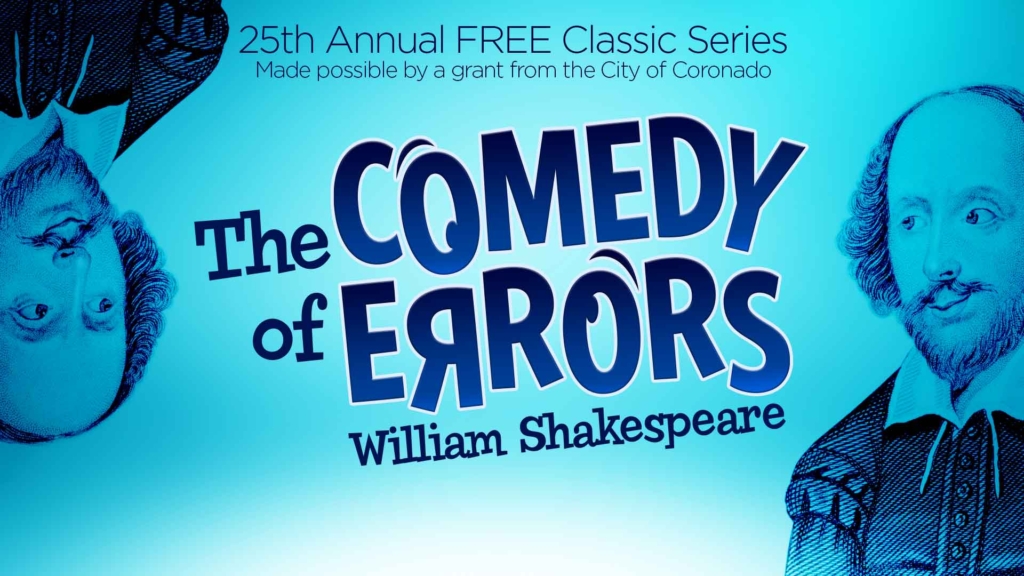 Coronado Playhouse Announces Auditions for its Production of:

Please email audition@coronadoplayhouse.com with the following:

All auditions must be received by Saturday, April 3 at 7pm to be considered for a callback. Please make sure to include all of the requested materials/information.

Callbacks will consist of reading sides from the script (provided with the callback invitation email).

No screenshots or recording of Zoom callbacks permitted. Callbacks may be recorded by Coronado Playhouse solely for reference in making casting decisions and will not be shared outside of the production team.

Coronado Playhouse cares about the well-being of its staff, cast and crew and will be following all guidelines and procedures to ensure their safety. All necessary precautions will be taken including wearing face coverings, frequent sanitation, temperature checks and, if possible, regular testing.

Rehearsals will be conducted on Zoom and outdoors, with strict safety protocols in place.

Note: This production will not be performed in our theatre as it is being used as a vaccination station through the summer. We are strongly considering recording the show at an alternate venue in Coronado and would stream it to our patrons. If that becomes the plan, the likely date for recording the show is Saturday 6/26, which would be the final day of your commitment to the show.

If you have any questions not answered in this announcement, you may email audition@coronadoplayhouse.com.

You need to know your conflicts from April 25 through July 15, 2021 and these must be listed in your email submission.

As infants, two sets of twins and their parents are separated during a shipwreck.  Decades later, two of the twins, Antipholus and his servant Dromio, leave their home in Syracuse to search for their missing twins and Antipholus’s mother.  Antipholus’s father, Egeon, follows in search of his son and they all end up in the seaside town of Ephesus on the same day.  In a true Shakespearean twist, Egeon’s long lost son and his servant Dromio live in Ephesus. The new arrivals are mistaken for their counterparts by the citizens of Ephesus and a series of comic misadventures ensue.  At the end, the twins find each other and their parents, and all of the errors are resolved.

The Comedy of Errors is Shakespeare’s earliest comedy and perhaps his most accessible play for contemporary audiences.  The humor in the play is both physical and word play.  The production will be presented with a contemporary theme.

Coronado Playhouse is committed to diverse casting. All ethnicities and TGNC individuals are encouraged to audition.

SOLINUS – Duke of Ephesus (Age 40+) – Rules his town with great respect for law, insisting that he cannot go against the set rules even if he wishes to. Also plays additional parts.

EGEON (Age 50+) – A merchant of Syracuse, father of the Antipholus twins.  An old man of Syracuse who sneaks into the city to seek for his lost son Antipholus.

ABBESS EMILIA (Age 50+) – Abbess in Ephesus, highly respected by all.  Also the wife of Egeon and mother to the two Antipholuses separated from them for decades.

ANTIPHOLUS OF SYRACUSE (Mid-20’s to 30’s) – Egeon and Emilia’s son. Separated from his twin in infancy, he decides to travel the world to find him, and has been searching for him these last several years.

ANTIPHOLUS OF EPHESUS (Mid-20’s to 30’s) – Egeon and Emilia’s son. Brought up in Corinth, never knowing his father or mother or that he has a twin.  Married to Adreana, although he is less than faithful.

DROMIO OF SYRACUSE (Mid-20’s to 30’s) – A quick-witted bondservant to Antipholous of Syracuse.  They have a good relationship and often enter into flights of repartee when Antipholus gives Dromio free range to exercise his wit.

DROMIO OF EPHESUS (Mid-20’s to 30’s) Twin brother to Dromio of Syracuse and bondservant to Antipholous of Ephesus.  Less quick witted than his twin, defensive because of frequent beatings from his master and mistress.

ADRIANA (Mid-20’s to 30’s) – Wife of Antipholus of Ephesus, and wealthy in her own right.  A proto-feminist distraught that her husband is paying attention to another woman and irritated that men are not as bound as women are, nor women as free as men.

LUCIANA (Mid-20’s to 30’s) – Adriana’s sister, love interest of Antipholus of Syracuse.  She is single and lives with Adriana and her husband. She is more traditional in her view of wifely duties than her sister.

BALTHAZAR (Any) – a merchant and friend of Antipholous of Esphesus. Also plays additional parts.

ANGELO (Any) – a Goldsmith and friend of Antipholous of Esphesus. Also plays additional parts.

COURTESAN (30+) – “Friend” to Antipholous of Ephesus, whom he visits often enough to make his wife jealous. She is an excellent conversationalist, with a mix of wildness and gentleness that greatly pleases men. Also plays additional parts.

SECOND MERCHANT (Any) – to whom Angelo is in debt.  Also plays additional parts.

DOCTOR PINCH (Any) – A school teacher, conjurer and exorcist hired by Adriana to cure Antipholus of Epheseus of his madness. Also plays additional parts.